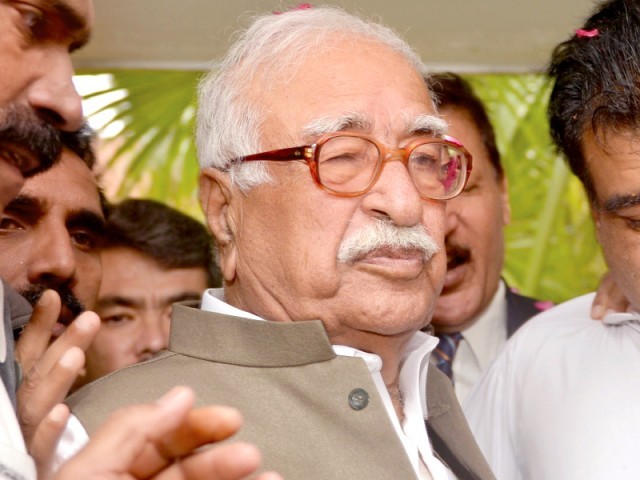 As the country edges closer to the historic May 11 polls, the Election Commission of Pakistan and interim government cannot see eye-to-eye on whose responsibility it is to provide the security needed to ensure peaceful and transparent elections.

With pre-poll violence continuing unabated, the ECP on Thursday declined caretaker Prime Minister Mir Hazar Khan Khoso’s decision to place the administrative control of the National Crisis Management Cell, presently working under the interior ministry, at the disposal of the election commission.

Security of candidates, polling stations and citizens remains doubtful with the recent wave of attacks that have terrorized the political scenario in the country.

Justice (retd) Mir Hazar Khan Khoso was born on September 30, 1929 and is the 23rd caretaker Prime Minister of Pakistan. He was appointed as caretaker PM by the Election Commission of Pakistan (ECP) on March 25.

A jurist, Khoso is a retired Judge who previously served as the Chief Justice of the Federal Shariah Court.