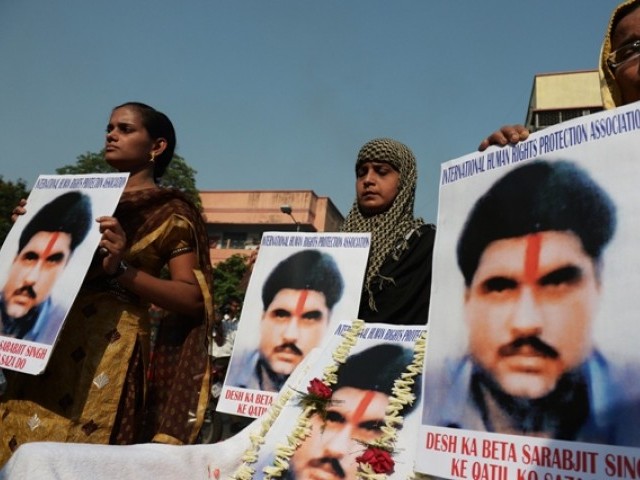 Indian activists pose with pictures of late Sarabjit Singh as they pay tribute to him in Kolkata on May 2, 2013. PHOTO: AFP

In a significant shift from her previous stance that New Delhi had let Sarabjit, his family and India down, his sister Dalbir Kaur said she failed to bring her brother home alive.

Indian news channels outdid each other in demanding punishment for the murderers. More public anger is expected following the funeral.

While top government sources said emotion should not be the instrument of foreign policy, moderating statements were slow to come. The Shiv Sena warned there would be repercussions on Pakistani actors, singers and businessmen who live and work in Mumbai, and security in public places has been stepped up.

As India wept for Sarabjit, the scams that the United Progressive Alliance (UPA) is engulfed in – from the allocation of telecom spectrum to illegal allocations of coal mines – were put aside. But this is a temporary reprieve. Next week, as the cases come before court, the government will have a lot to answer for.