The only witnes­s is the man’s young son, who said he heard his father shoot himsel­f.
By Fawad Ali
Published: May 2, 2013
Tweet Email 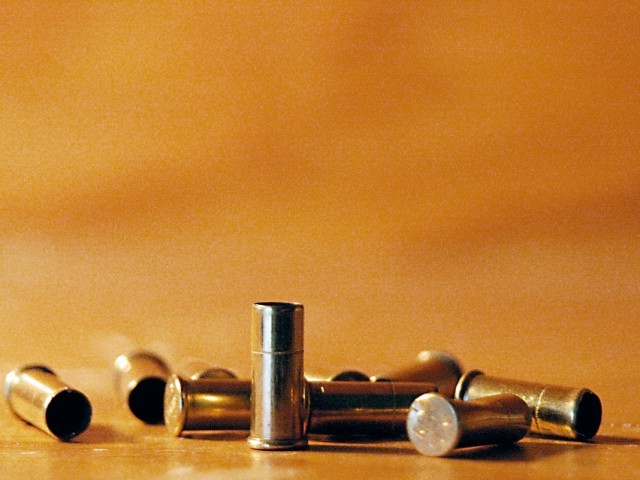 The only witness is the man’s young son, who said he heard his father shoot himself. PHOTO: FILE

A man allegedly shot dead his wife and two daughters on Wednesday before committing suicide in I-10/2, according to the Sabzi Mandi police.

Talking to The Express Tribune, Investigation Officer Assistant Sub-Inspector Munir Ahmad said Afzal Raza, a resident of Mora Awan in Chakwal district, shot his wife, Nomi Raza, and daughters Yusra, 12, and Fatima, 14. However, Raza’s youngest child Ahmad, was studying the Quran at a local mosque when the incident occurred and was unharmed.

“We recovered a pistol, milkshake, and some intoxicants from the house. It appears that Raza killed his wife and daughters after giving them something to knock them out,” he said.

However, he said the possibility of murder cannot be ruled out as the police are still trying to identify whether Raza or the family had an enmity with anyone.

“We have recovered a mobile phone in which Afzal sent a message to one of his relatives asking him to come to his house as soon as possible. It was the last message he sent,” the ASI said.

He said the bodies have been shifted to Pakistan Institute of Medical Sciences Hospital (Pims) for postmortem and the police are hopeful that the results will help identify whether it was a murder-suicide by Raza, or if a third party killed the family.

He said that the police also questioned some neighbours, but none of them saw anyone leaving the home, “which is why it is unlikely that an outside was responsible”.

Meanwhile, Duty Officer Athar Khan quoting Ahmad, the son of the deceased, said that when the preteen returned home, he saw his father holding a pistol in his hand. “When my father saw me, he told me to go outside and then he went in the house alone. Then I heard a gunshot and ran into the house. There I saw my father dead,” Ahmad told police.

Meanwhile, the postmortem report of a 21-year old woman who was found dead in the jurisdiction of Shahzad Town Police Station on Tuesday night has still not been carried out. The alleged killers had dumped her body near Zia Masjid.