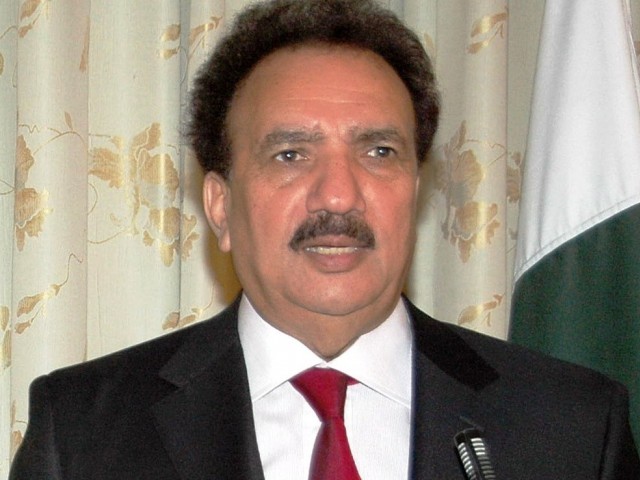 In a statement recorded before the head of the Joint Investigation Team (JIT) of the Federal Investigation Agency (FIA) Additional Director General Khalid Qureshi, Malik said he wrote multiple letters to Musharrafrequesting him to provide appropriate security to Benazir Bhutto.

“Malik was approached by the JIT after Musharraf’s recent statements were recorded during his physical remand,” said an official of the FIA. He added that the former president had earlier told Qureshi and his team of investigators that the government had already conveyed the risks and dangers involved in Benazir’s visit to LiaquatBagh on the day of her assassination.

Musharraf told the investigators that Malik had not only ignored the warning, but was not evenpresent when the bomb attack took place.

Malik has already been interrogated multiple times by different investigation officers on all aspects that came to fore during the probe. He maintained his stance that the incident that took Benazir’s life occurred due to a security lapse and blamedthe ‘Musharraf-led administration’ for it.

The recent interview with the JIT comes in response to Musharraf’s fresh statements accusing Malik of the security lapse and of notproperlybriefing the former premier on risks to her life.

In his latest statements, Malik has again denied the allegations. Hereiteratedhis stance saying that he had held meetings with GeneralMusharraf besides writing him multiple letters for Benazir’s security. He added that Benazirwas aware of the risks involved, but insisted on going to Liaquatbagh despite the threats.

The former president, whiledenying the allegations told the investigation team that Benazir had violated security protocol by coming out of her vehicle, which led to her assassination.

Musharraf was to be produced before the court by the end of his four-day physical remand butthe FIA filed an application to the trial court requesting it to extend his remand in light of threats to his life.

During the hearing, Ali and other investigators also informed the court that the investigation in the Benazir Bhutto assassination case was over and the agency did not want the court to extend his physical remand.

Accepting the application the court sent Musharraf on a 14-day judicial remand. The court also directed the investigation team to produce the former president before the court on May 3.