PPP, ANP and MQM say elections at all costs

PPP, ANP and MQM say elections at all costs 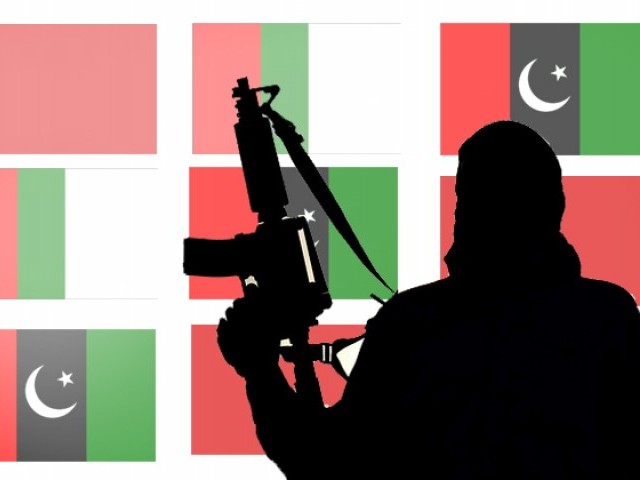 All three parties agreed that there is a clear difference between the political activity of the rightist parties and progressive parties for the upcoming polls.

“In the current situation all parties with liberal, secular and modern agenda are the target of extremists,” Rizvi said while emphasizing that Sindh, Khyber-Pakhtunkhwa and Balochistan are the most effected provinces in the recent wave of terrorism.

“We will not surrender to these religious extremist and neither do we want to get in a fight,” Rizvi clarified. “But we want to tell the world that we have the right to defend ourselves and we will do so.”

All three parties agreed that there is a clear difference between the political activity of the rightist parties and progressive parties for the upcoming polls.

“We do not expect the interim government to finish terrorism from Pakistan, but it is their responsibility to conduct peaceful elections,” Rizvi explained while answering a question regarding the responsibility of caretaker set up.

The ECP has failed to implement the rules it made,” Jan expressed reservations regarding the poll body. “It [ECP] banned wall chalking but some parties continue to do so and we see no action against them.”

“Look at the scrutiny process,” the ANP leader exclaimed. “Parties which have links with banned organizations were allowed to contest elections without nay hindrances while some had to face a lot of music.”

“We demand the interim government to conduct free and fair elections,” Jan further said. “Every party should have equal opportunities to get in touch with the people ahead of the elections.”

“It seems that they [terrorists] have been given permission to attack whoever they please,” Rizvi expressed. “It’s apparent that neither the interim government and nor the ECP are taking any steps to curb the attacks.”

“ECP, the interim government and terrorist are on one page to either postpone elections or get their choice of people in power,” Jan alleged and cemented Rizvi’s belief that the institutions have shown incompetency in the matter.

Role of the west

“It is apparent that there is a local and international conspiracy to divide the country with progressive parties on one side and religious extremist on the other.

“Decisions made in a hurry by international establishment lead to events like ‘nine-eleven’ and ‘seven-seven’ and we can now see them leaning towards the right,” Rizvi warned the external factors.

“Media should decide on whose side are they? [our side or the rightist parties],” Haider concluded.