Karachi NA-239: In this constituency by the sea, there is hardly a drop of water to drink

Karachi NA-239: In this constituency by the sea, there is hardly a drop of water to drink 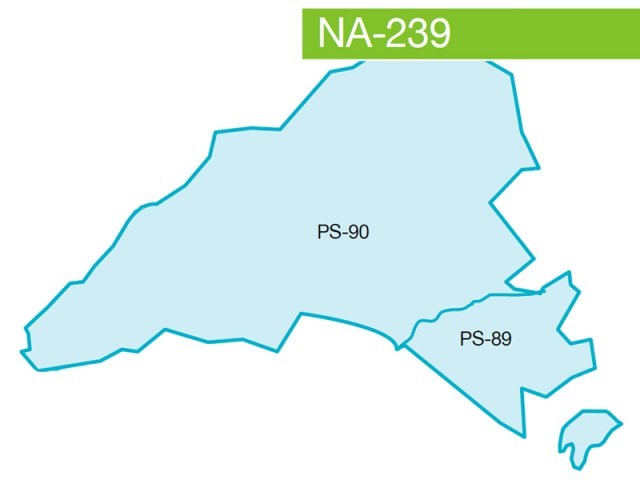 Karachi may not be bustling with election activity, but NA-239 is one of the few constituencies where it is relatively safe for political parties to carry out their campaigns. The past few weeks have seen a steady growth in the number of election offices and party flags.

The constituency has a majority of Pashtun residents, especially in Sultanabad, Docks Colony, Mohammadi Colony, Jackson Bazaar, Saeedabad, Umer Farooq Colony, Ittehad Town, Tashkand Colony and Gulshan-e-Sikandarabad, but it has various other communities as well. The neighbourhoods of Baba Island, Bhit Island, Gabopat, Grex Village have a predominant Katchi majority, and most people are associated with the fishing business.

Meanwhile, the Urdu-speakers are mostly based in Ranghar Muhalla, Musharraf Colony, Qaim Khani Colony of Baldia Town, but these areas have a large number of Pashtuns as well. The neighbourhoods of Hassan Goth, Musharraf Colony of Mauripur, 500 Quarters have a majority of Baloch residents.

Pakistan’s largest seaport, Karachi Port, and its largest fish market falls within this constituency – these two markets being the biggest employers in the constituency as well. It also holds some of the oldest neighbourhoods of the city.

A majority of the residents belong to the lower-middle class, except for Lalazar – one of the elitist neighbourhoods in Karachi. There are 25 government schools and three government colleges, but only five government-run dispensaries. Only 60 per cent of the residents have access to drinking water, even though NA-239 has several coastal areas, including Mauripur and Manora cantonment.

The residents are, however, upset with the previous government. “Politicians disappear after they get into the parliament,” complained Zaman Chagharzai, a resident of Keamari. “Most of our areas don’t have drinking water or drainage – our streets look like a river every time it rains.”

According to Chagharzai, the government started water treatment plants, but they were left incomplete. “The former MNA has started repairing roads now to get votes.”

It is also one of the three NA constituencies that were recently redrawn by the election commission. This did not sit well with the Muttahida Qaumi Movement (MQM) or the Pakistan Peoples Party (PPP) – both of whom feared losing on votes – and went to court against the decision on which the judgement has been reserved. By redrawing the constituency, the election commission has added certain areas, such as Pashtun-dominated Shireen Jinnah Colony and Generalabad from district South.

Fight for the seats

Due to its varied ethnic composition, the NA-239 has always showed varied results in the elections. In the 2002 elections, Hakim Qari Gul Rehman won the seat on a Muttahida Majlis-e-Amal ticket while PPP’s Iftikhar Hussain came second. In the following elections in 2008, PPP’s Abdul Qadir Patel – who was enjoying the support of the Awami National Party (ANP) at the time – managed to secure the seat while the MQM came second.As a member of the Katchi community, Patel kicked off his political career in 1993, winning the Sindh Assembly seat from Lyari on a PPP ticket in the by-elections. He defeated PPP-Shaheed Bhutto’s Ali Muhammad Hingoro. Even though, Patel has secured a PPP ticket once again for the upcoming elections, his vote bank will be split with independent candidate Muhammad Younas. As a leader of the fishermen, Younas is quite popular within the Katchi community.
Salman Mujahid Baloch will be contesting on the MQM ticket, but he has weak support in neighbourhoods that fall within PS-89. He can, however, put up tough competition in the areas that fall within PS-90.

In Keamari, Jamiat-e-Ulema Islam – Fazlur Rehman (JUI-F)’s Qazi Fakhrul Hassan is strong but he has meagre support in the rest of the constituency. Hassan would have been able to secure some Pakistan Muslim League – Nawaz (PML-N) votes, but Qadir Khan Mandokhel has claimed the party’s ticket. Nevertheless, Hassan is a prayer leader of Pathan Masjid and may use that forum to garner votes.

ANP Sindh is fielding its candidate for the first time on NA-239. Sarfaraz Jadoon, the ANP candidate, may give a tough fight to Patel as he has the support of Pashtuns in both PS-89 and PS-90. The Pakistan Tehreek-e-Insaaf (PTI) candidate, Subhan Ali Sahil, does not have as much support to beat Patel, Hassan or even Baloch.

This provincial constituency within NA-239 covers Muhammadi Colony, Baba Island, Bhit Island, Manora Cantonment, Sultanabad, Gulshan-e-Sikandarabad, Jackson, Masan, Docks Colony and Lalazar. PS-89 has always remained a home to the Pakistan Peoples Party with former transport minister Akhtar Hussain Jadoon securing the seat consecutively in the past two elections. This time around, the party has however awarded its ticket to Syed Dilawar Shah. ANP’s Saleem Khan Jadoon may give a tough competition to Shah since he enjoys a significantly larger Pashtun support – especially after the recent addition of Pashtun-dominated neighbourhoods. Pakistan Muslim League – Nawaz’s Humayun Muhammad Khan will also put up a strong fight. MQM is fielding Haji Ali Muhammad on the seat, but it has very little support within PS-89.

The second provincial assembly constituency within NA-239 includes Saeedabad, Nai Abadi, Hassan Goth, Umer Farooq Colony, Navel Colony, Qaim Khani Colony, New Saeedabad, Gabopat, PAF-Base Masroor and Grex village.In the 2002 elections, Muttahida Majlis-e-Amal’s Umer Sadiq won this seat, but he was replaced by Pakistan Peoples Party’s (PPP) Nadeem Ahmed Bhutto in 2008. This time the PPP has awarded its ticket to Liaquat Askani, who has the backing of Lyari’s Amn Committee and is considered a strong candidate against Awami National Party’s Saifullah Afridi and Muttahida Qaumi Movement’s Yousuf Shahwani. Mohammad Ameer Tariq will contest on the ticket of JI but the main competition will be between PPP, ANP and MQM.

Anwar Ali, a 65-year-old resident of Masan, has been witnessing the political ups and downs in NA-239 for more than four decades. For Ali, the trends of political campaigning have changed in the past decade.

“Earlier, the politicians used to ask for votes in the name of development, but now they use peace and security as an enticement to secure votes,” he remembered. “Leaders, such as Benazir Bhutto, Farooq Sattar, Begum Nasim Wali Khan used to come to our area and hold rallies but now the big politicians avoid such rallies.”

Ali recalled Benazir passing the roads of Keamari on a truck from Bilawal House, and Farooq Sattar holding a rally in Gulshan-e-Sikandarabad.

“Earlier, I could move around the city with a party flag and a cap on my head,” he said. “But now I think I will be shot dead if I do so.” Ali regrets that people are no longer able to hoist party flags on their homes. “Flags are now only limited to electric poles and street lights.” In his youth, Ali and his friends had much more enthusiasm for the elections. People would walk all the way to Banaras to attend political rallies, he added.

Women can do business too: Modern meets traditional in a festival of colours