Victims of blast at ANP’s Mominabad office laid to rest

Victims of blast at ANP’s Mominabad office laid to rest 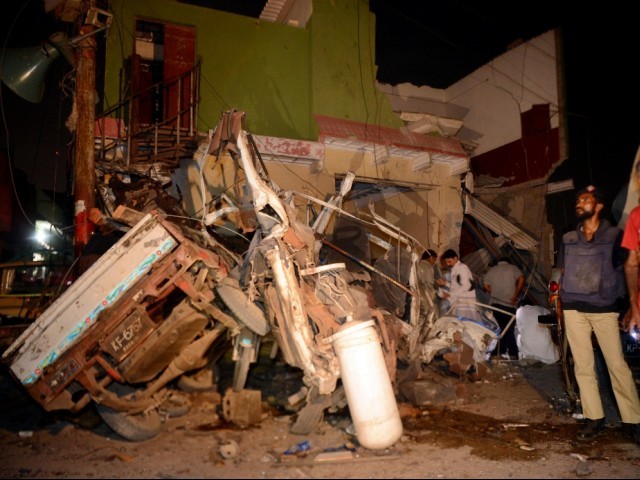 The funeral prayers for the Awami National Party (ANP) activists who died in Friday night’s blast at the party’s election office in Mominabad, Orangi Town, was held at Bab-e-Khyber on Saturday morning.

According to ANP’s media coordinator, nine of the 11 people who died in the blast belonged to the party. ANP observed a day of mourning, with the party flags at Mardan House and the party’s Sindh headquarters lowered as a mark of respect. Party members tied black arm bands to protest against the incident.

While talking to The Express Tribune, Bashir Jan, the general secretary of ANP’s Sindh division, who was allegedly the target of the attack, said, “My guards and I survived because we stopped our car a few feet ahead of the spot where the bomb had been placed.  One of our supporters had hung a beautiful lantern outside his house and I had stopped to look at it when the bomb went off.” He added that the bomb had damaged his custom-built armoured vehicle.

Sabir Durani, who is in-charge of the Bomb Disposal Squad, told The Express Tribune that a remote controlled improvised explosive devise had been used in the attack. The homemade device weighed between 10 and 12 kilogrammes and had been placed in the backseat of a rickshaw. He added that Bashir Jan’s vehicle was 30 metres away from the rickshaw when the bomb exploded. No FIR has been registered regarding the incident yet.