Band says the ISPs are helpin­g their cause by making the video contro­versia­l.
By Sher Ali / Farooq Baloch
Published: April 27, 2013
Tweet Email 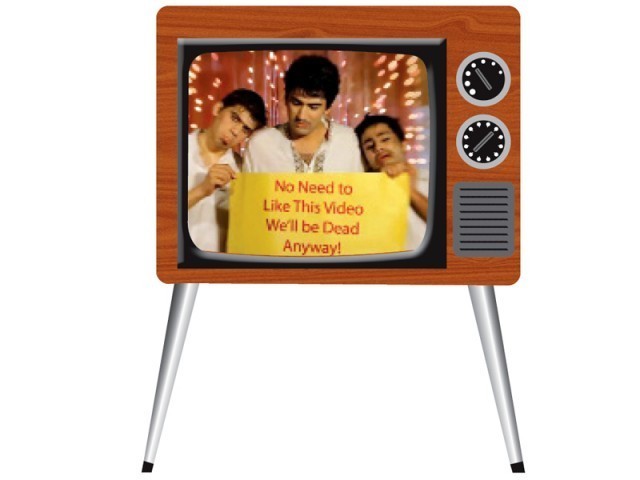 Ali Aftab says the internet providers were helping the bands’ cause and any attempt to band the video would backfire.

LAHORE / KARACHI: Beygairat Brigade’s new song Dhinak Dhinak, touching on the power of the armed forces in Pakistan, has been banned by some Internet Service Providers (ISPs) across the country, confirmed telecom sources on Saturday.

An email sent by the Enforcement Division of the Pakistan Telecommunication Authority (PTA) directed the ISPs to block the video available on websites including Vimeo and Facebook.

The band confirmed the development and said that the video was completely banned on internet services and a disclaimer saying “This video is not suitable for viewers inside Pakistan” appears every time the video is accessed on Vimeo.

Ali Aftab, the band’s front man, said that the internet providers were simply helping the bands’ cause and any attempt to band the video would backfire.

“They are helping us and making this video controversial,” said Aftab.

“Our video is asking for across-the-board accountability,” says Aftab. He also emphasised that the no television channel is airing the video, due to apprehensions that it may be too critical of the armed forces.

“The Dhinak Dhinak video came back online after a few hours of ban. May be it was the cheeky message at the end of the video where the band asked their fans to not like the song – “No need to like the video, we will be dead any way” – that saved them,” she wrote.