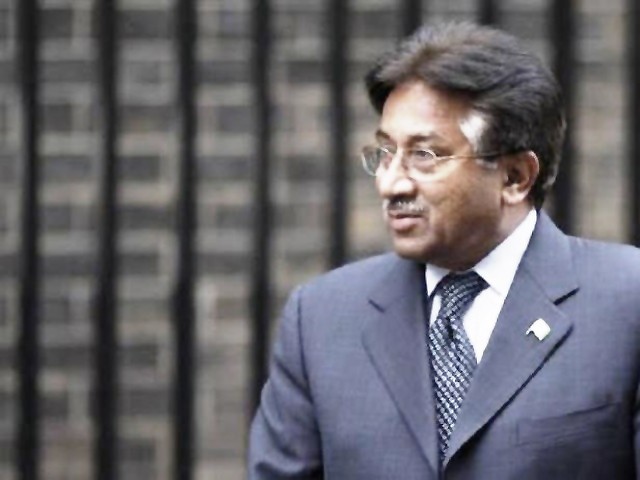 FIA’s joint investigation team recorded Musharraf’s statement at his farmhouse in Chak Shahzad, which is currently serving as a sub-jail for the ex-president in the judges arrest case.

In his statement, Musharraf denied involvement in the Bhutto murder case and said that he was being falsely implicated.

The FIA held an emergency meeting in which it unanimously decided that his statement was not satisfactory and ordered his arrest.

The ex-president will appear in an anti-terrorism court (ATC) in Rawalpindi tomorrow.

Earlier during the day, the ATC issued orders for Musharraf’s arrest in the case and granted permission to the FIA to investigate him.

On April 17, the Lahore High Court Rawalpindi bench had granted Musharraf pre-arrest interim bail in the murder case till April 24 against two surety bonds of Rs 5 million each.

Musharraf is accused of conspiracy to murder Bhutto, who died in a gun and suicide attack in December 2007. It is one of three cases he is fighting in the courts since returning home last month after four years in self-imposed exile.

His arrest and disqualification from contesting elections on May 11 have been a humiliating blow for the former ruler of nuclear-armed Pakistan, previously a key ally of US president George W Bush in the war on terror.