Fashion Police: Charmed? Not so much

Fashion Police: Charmed? Not so much 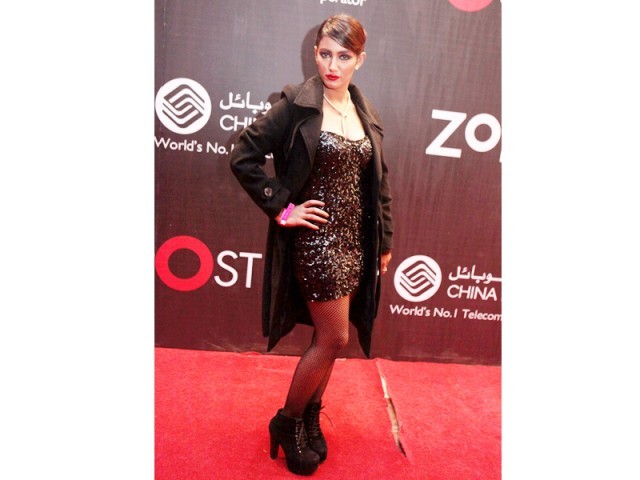 Model and TV show host Mathira was spotted at Zong’s New Year party flaunting goth chic (is there such a thing?). We are pretty sure she spent the week OD-ing on Charmed or Sabrina the Teenage Witch. Or maybe she thought she was heading to a Halloween party.

We’ll be compassionate and not comment on her greasy hair because dressing up in this Halloween-inspired ensemble must have taken at least five hours leaving her absolutely no time to do her hair. You’re off the hook this time Mathira. But next time, be sure to wash your hair before you leave the house.

We understand that black was the colour of the night for someone. But Mathira didn’t have to use that awful spray tan. There’s just too much happening around the eyes and the maroonish-shade of lipstick isn’t helping either. Maybe red or a shade of pink would’ve helped given this trench coat somehow magically disappeared.

The necklace is cute. Some rings would’ve been nice too along with some dangling earrings instead of these small studs. Or maybe a wand is what she needed to complete this look. We aren’t sure.

The coat on its own is pretty cool. We don’t know why she chose to pair it with this shiny dress though. Maybe save it for a rainy day?

A pair of stylish stilettos is what this not-to-be-taken-seriously model needed. It definitely would’ve toned down this overpowering look.

Hollywood star Gwyneth Paltrow was seen in a classic black dress — exactly how black dresses are supposed to be worn. Elegant, shiny and simple are the keywords for her look. She looks like an absolute stunner! Mathira needs to pick up some advice from this star’s stylist.

Actor and former Miss Universe Sushmita Sen was seen wearing this simple yet elegant black dress at the Enigma launch earlier this year. Mathira can also look up to this style diva for some fashion tips.

Actor and former model Shannon Elizabeth also sported a black dress and pulled it off nicely. It’s leggy and shiny — not as sparkly as Mathira’s thank God! — and looked super cute.