Is McKinsey & Company about to set up shop in Pakistan?

Is McKinsey & Company about to set up shop in Pakistan? 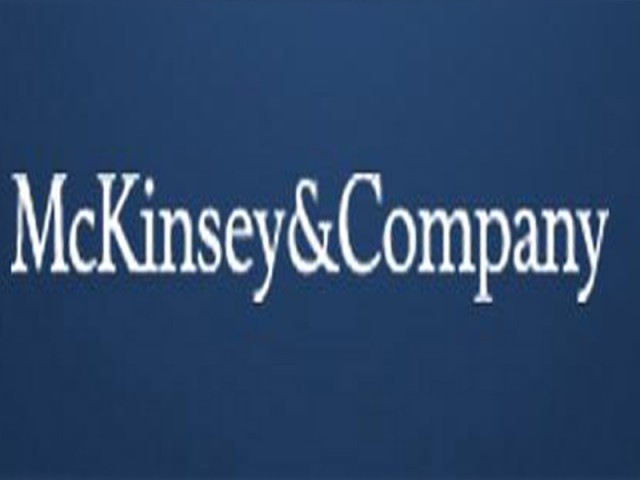 There are two concerns for the company in setting up in Pakistan: ensuring the safety of its personnel and getting “anchor clients”. PHOT: McKinsey.com

KARACHI: McKinsey and Company – the firm that invented management consulting is still considered the most prestigious outfit in the business – is thinking about setting up a permanent presence in Pakistan, though the precise date of when they will do so is uncertain.

According to sources familiar with the matter, the company has conducted considerable due diligence about creating an office in the country. Talal Malik, a McKinsey spokesperson for the Middle East region, declined to comment.

But several sources, including current and former employees of the consulting giant, say that McKinsey has believed for at least five years that the Pakistani market is big enough for its strategy consulting services, which are among the priciest in the world. Dominic Barton, the global managing partner of the company, specifically mentioned Pakistan as an area of interest for the firm in a post on the company’s internal blog in 2010. “McKinsey’s entry into Pakistan is a question of when, not if,” said one source who declined to be identified.

And the company is no stranger to the Pakistani market. McKinsey has previously worked on several assignments in Pakistan for a variety of clients, including projects for Engro Corporation, the Punjab government, and the Karachi Electric Supply Company. Those clients were served mainly out of the Dubai office, though some personnel from its offices in Europe and North America were also deployed to locations in Pakistan.

McKinsey has also hired personnel from Pakistani business schools, including the Lahore University of Management Sciences (LUMS), though usually no more than one or two a year for its Dubai offices. Should the firm set up its offices in Pakistan, McKinsey is likely to recruit far more heavily on the LUMS campus.

According to several sources familiar with the company’s plans, there had been two main concerns for the company in setting up a Pakistan office: ensuring the safety of its personnel and getting “core clients”.

Security for McKinsey personnel appears to be a paramount concern for the firm. The company considers much of Pakistan to be unsafe for its staff, and even McKinsey employees of Pakistani origin are often required to take extraordinary precautions on grounds of safety.

The concern about core clients is common to all locations where the company operates: the ability to justify a new office commercially through the presence of what are called “core clients”: companies that demand consulting services on a near-constant basis. Having a core client means that the company can be assured that its investment in a physical presence is justifiable financially.

Up until about 2011, discussions within the company appear to have been concerned that there may not be enough entities in the country large enough to play that role. That concern appears to have largely been alleviated, with the efforts of McKinsey partners of Pakistani origin operating out of the Dubai office. Several of the largest companies in the country – including the major telecommunications operators, at least one major bank and a major industrial conglomerate – appear to be open to the idea of hiring the firm on a regular basis.

The conversation about a Pakistan presence has largely circled around opening a “location” in Pakistan that would still report to the regional headquarters in Dubai. According to some sources, the firm may open its location in Islamabad, largely due to security concerns.

“Commercially, Karachi might make more sense, but security might push the firm to open the office in Islamabad instead,” said one former McKinsey employee.

The consulting industry in Pakistan is currently extremely small and dominated mostly by the consulting arms of the Big Four accounting firms, and even that accounts for a small fraction of their revenues. “Globally, consulting is a huge business and constitutes a larger chunk of the Big Four firms’ revenues, with audit only contributing a small proportion. In Pakistan, however, the reverse is true, largely because there is not yet an appreciation in this market for such services,” said one partner at KPMG Taseer Hadi, who declined to be identified.