Only thing that truly separa­tes this from conven­tional system­s is the requir­ed adhere­nce to a strict­er code of ethics.
By Khurram Baig
Published: April 21, 2013
Tweet Email 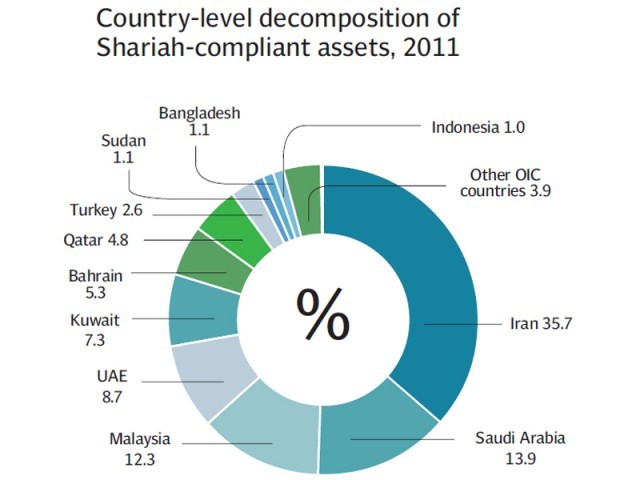 The only thing that really and truly separates this from conventional systems is the required adherence to a stricter code of ethics. SOURCE: THE BANKER TOP 500 ISLAMIC FINANCIAL INSTITUTIONS SURVEY RESEARCH FINDINGS

That’s a very difficult question to answer, but one that has been asked many times. The thing is this question can only be answered by financial professionals within the Islamic finance world, or people who practice conventional banking. The first obviously say that it is. After all, it’s their baby, why would they say it isn’t. The second group consists of people who don’t understand the concept enough to give an answer, or they brush it off by saying that there is very little different, it’s just interest under a different name.

Whether it is different or not, really Shariah compliant or not, Islamic finance is gaining clout and influence every passing day. It is the fastest mode of finance in Pakistan and the world with assets and deposits growing faster than its conventional counterpart. It has now become a trillion-dollar industry worldwide and is expected to continue this growth as more and more Muslim countries climb the development ladder with rising incomes.

So this gives rise to another question. Is Islamic finance – considering its increasing clout – really a viable alternative financial system and solution? The answer would seem to be that yes it is.

Let’s get one thing straight, the simplistic description that any zero-interest-rate system is Islamic is superficial. After all, this is the exact term used by mainstream central bankers when they talk about policies pursuing what they call ‘quantitative easing’, so it is not something exclusive to Islamic finance. Islamic finance is a lot more than just the absolute prohibition of interest. There is also the effort to maintain high moral and ethical standards on the part of lenders and borrowers. In fact, if practiced and implemented in letter and spirit, this is perhaps the key thing that sets Islamic finance apart from conventional finance.

And there can be no denying that there is definitely a lot of room for ethics in today’s financial world.

In fact there can be no greater argument or rationale for a zero-interest-rate system than the John Maynard Keynes’s The General Theory, and I quote:

“Provisions against usury are amongst the most ancient economic practices of which we have record … In a world, therefore, which no one reckoned to be safe, it was almost inevitable that the rate of interest, unless it was curbed by every instrument at the disposal of society, would rise too high to permit of an adequate inducement to invest.”

Keynes’s endorsement does not necessarily make this system right, but his analysis does suggest that it should be regarded as a serious proposition.

And the single greatest reason why I feel that Islamic finance, for what it’s worth, can work and can be a successful alternative to conventional systems is the fact that although interest is prohibited under Islamic finance, profit is not; the latter is derived from various arrangements that combine finance and enterprise. In essence, this is a profit-sharing and risk-sharing system that is based entirely on equity finance.

This is the only area where I am not yet entirely convinced that there actually is equitable risk sharing. In theory, at least, Islamic finance contrasts with the current dominant system based on interest-bearing debt, in which risks are theoretically transferred to debt holders. I am not entirely sure if this is entirely the case in practice as well.

But this is where it gets tricky. One may agree that that if people adhere strictly to its ethical requirements, there would be fewer moral-hazard problems in Islamic banking. But we also know that whether any particular system is efficient in avoiding moral hazard is a matter of practice, rather than of theory. And if in the world of Islamic finance, this adherence to ethics cannot be guaranteed, there really is no need of it as a separate or alternative system.