To suppor­t each other on four Nation­al Assemb­ly and 16 provin­cial assemb­ly seats.
By Our Correspondent
Published: April 20, 2013
Tweet Email 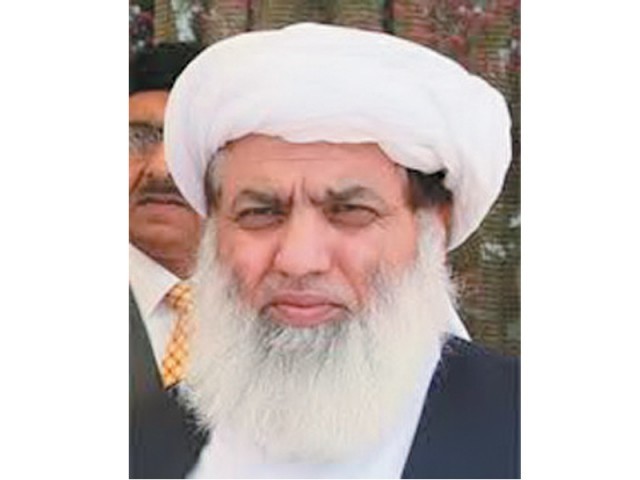 This alliance will give a tough time to other political parties in the province, says JUI-F provincial deputy chief.

Gearing up for the general elections, the Jamiat Ulema-e-Islam-Fazl (JUI-F) and Qaumi Watan Party (QWP) have decided on a number of seat adjustments for both national and provincial assembly seats in Khyber-Pakhtunkhwa (K-P) along with a possible political alliance in the future.

In a press conference on Friday at the JUI-F’s provincial secretariat, provincial deputy chief Maulana Attaur Rahman and QWP K-P President Sikandar Sherpao announced that both parties will be cooperating on four NA seats and 16 PK seats in four districts of the province.

Rahman told journalists that in a series of meetings held to discuss an alliance for the elections, the two parties decided QWP will support JUI-F on NA-7 and PK-17 seats in Charsadda district, while JUI-F would support QWP for the PK-18 and PK-19 seats.

In Charsadda, JUI-F’s Maulana Gauhar Shah will contest for NA-7 against Awami National Party’s (ANP) Asfandyar Wali Khan while the PK-17 seat will also be left for the JUI-F.

“This alliance will give a tough time to other political parties in the province,” Rahman said, adding the decision on seat adjustment in Shangla has been handed over to JUI-F’s district chapter.

Both parties had earlier negotiated on 13 NA seats and 51 PK seats, however, they could later only agree on four and 16 seats, respectively.

Speaking about adjusting seats with Pakistan Muslim League-Nawaz in K-P, Rahman said it was no longer possible.

Sikandar Sherpao also spoke to the media on the occasion. He claimed that despite rumours regarding the QWP, it has been successful in forming the first alliance in the province with the JUI-F. He expressed hope that both parties would work together in the future as well.

Sherpao also demanded the Election Commission of Pakistan to take notice of certain candidates allegedly utilising the government’s funds for their election campaign in Swat, Charsadda and Mardan.