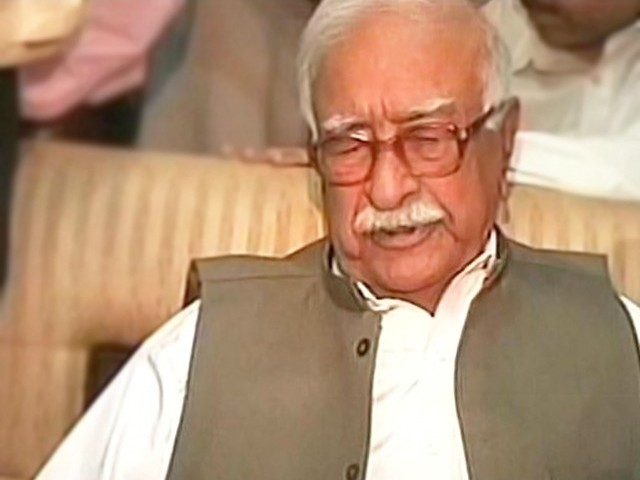 Chairing the federal cabinet meeting, Khoso directed the interior ministry and provincial governments to keep a vigilant eye on suspicious activity by evolving a mechanism to counter terrorist acts.

“To protect politicians from terror attacks is caretakers’ prime responsibility,” a member of the cabinet quoted Khoso as saying. The government is trying to reach out to all political parties without any discrimination with a view to create a conducive environment.

While briefing reporters over the cabinet’s decisions, Information Minister Arif Nizami said the government is committed to helping the Election Commission of Pakistan (ECP) in conducting free and fair elections. “We will not let the miscreants and terrorists sabotage the elections,” he said.

The security of political top leadership was not withdrawn, he said while responding to a question, adding “we cannot issue directives to ECP.” Replying to another question, Nizami said that caretakers would act upon the orders of judiciary viz-a-viz Article 6, an apparent reference to former president General (retd) Pervez Musharraf’s trial for abrogating the constitution.

The cabinet was informed that Pakistan signed MoUs with 29 countries on cooperation in narcotics control. Out of these only nine are pending for which responses are awaited. These nine countries are China, Afghanistan, Senegal, Sultanate of Oman, Nepal, Great Britain and Northern Ireland, Mauritius, Kyrgyzstan and Republic of Seychelles. The cabinet was apprised that all factories producing heroin in Pakistan have been destroyed.

Ministry of water and power briefed on the current energy situation and immediate and short term steps being taken to ease out the energy crisis. These measures include arrangement of additional financial support from ministry of finance for fuel procurement and allocation of gas to power sector for the plants which are non-operational due to less or non-availability of gas.