Trust the silly econom­ic team to start the exerci­se with the HEC at a time when degree verifi­cation raised its profil­e
Published: September 23, 2010
Tweet Email 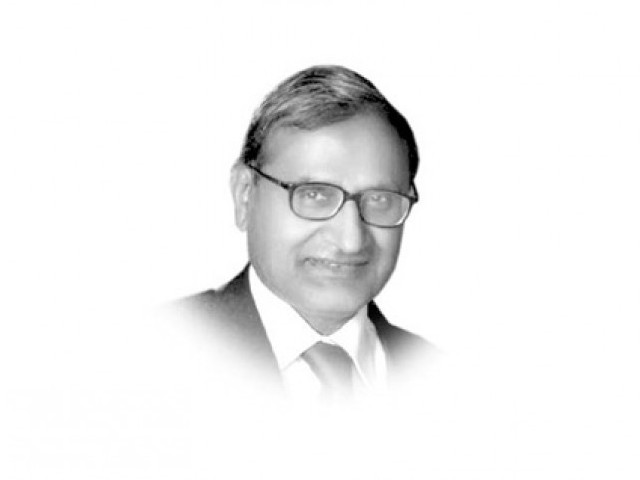 The writer is a former chief economist of the Planning Commission based in Lahore pervez.tahir@tribune.com.pk

The privileged are protesting and it looks like they are winning. Such are the highs and lows of education. One still remembers school teachers brutally baton-charged by the Punjab police for demanding a pittance of a raise. Primary education, according to Article 25-A of the Constitution, is a fundamental right. Higher education is not.

The 70-odd vice-chancellors of public sector universities, many recruited without merit, others on extended extensions and fearing the end of project directorships of lucrative Higher Education Commission (HEC) projects, behave like a collective bargaining agent to press for their share of the booty, at a time when 20 million fellow citizens need help to keep their body and soul together. In this they involve students, the formation of whose unions they had opposed tooth and nail.

University teachers have been encouraged to join unions to demand, like the PTCL’s union, a 50 per cent raise in salaries, forgetting completely that recently university teachers had all been pushed up one grade higher on the government pay scale. There are now more Grade 22 and 21 employees in universities than in the entire federal government. Those with tenure get salaries between Rs100,000 and Rs400,000. They also have the privilege of paying 50 per cent less income tax than others.

There can be no quarrel over the reprioritisation of government spending to find local resources to mitigate the damage inflicted on humans and their assets by the flood. Charity must begin at home. But trust the silly economic team to start the exercise with the HEC at a time when degree verification has raised its profile in public eye. We all know that education has never been high on the official agenda. Regardless, the HEC has been awash with money since its inception, essentially at the expense of primary and college education. Given the shameful slide in the total expenditure on education as a proportion of GDP as well total budgetary expenditure, it could not have been otherwise. The money has gone more into brick and mortar, quantitative expansion, and some into building human capital. No wonder the vice-chancellors are worried about payments to be made to thekedars and the HEC about scholars abroad. Any cuts were bound to be termed anti-education. In the present climate, however, the charge is more lethal; it is being viewed as punishment awarded to the HEC for standing up to intense political pressure on the fake degrees verification matter.

Higher education without quality is a drain, not an investment. What is to be done? In the first place, the Constitution must be adhered to in letter and spirit. Higher education is not on Part I of the Federal Legislative List. Part II, the domain of the Council of Common Interests, only refers to standards of higher education and research, a function which does not require an organisation as overextended as the HEC. Secondly, with the vertical distribution of resources reversed under the seventh NFC Award, the federal government should only commit resources to fully complete the project related to scholars studying abroad. As for brick and mortar projects, it is for the provinces to decide what they want to do with them. Thirdly, the number of universities has gone up rapidly because there was money looking for projects. In particular, old colleges were upgraded to universities but have failed to maintain their standards. Even the best of them, such as GCU in Lahore have departments and programmes without qualified faculty, especially in the social sciences. In their effort to become universities, they will end up losing their competitive edge in producing quality intermediates and undergraduates. Finally, as the macroeconomic situation is not going to improve any time soon, the chaos in education requires a consolidation plan in each province, which should identify strategic thrusts on how to get the best out of the scarce resources.