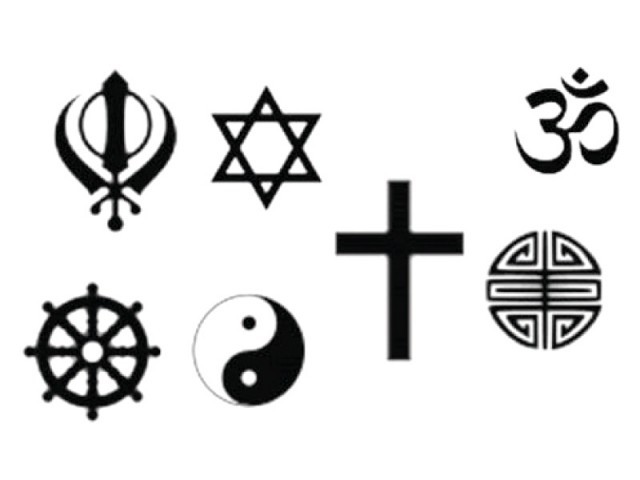 "No one has the right to decide the fate of others; the self-interpretation of Islam has disturbed the whole system," said PML-N spokesperson Siddiqul Farooq. PHOTO: FILE

Representatives of political parties on Tuesday reaffirmed their commitment to protect the rights of religious minorities. They also pledged to work towards a Pakistan where all citizens would be treated equally, regardless of caste, creed or sect.

These views were expressed during a day-long national consultation session, titled “Election 2013, Role and Responsibility of the Religious Minorities” at the Islamabad Hotel. The event was organised by the Coalition for the Rights of Minorities (CRM) in collaboration with Global Human Rights Defense.

The event saw discussions on various minority-related issued, such as security arrangements during polls, credibility and accountability of candidates, increasing seats and pushing for minority representation at the central leadership level.

Representatives from the Pakistan Muslim League-Nawaz (PML-N), Awami National Party and the Pakistan Tehreek-i-Insaf shared their views on minorities as per their respective party manifestos.

PML-N spokesperson Siddiqul Farooq said Islam had prohibited killing in any form, before adding that no one was authorised to impose his or her opinion on others.

“No one has the right to decide the fate of others; the self-interpretation of Islam has disturbed the whole system,” he stated.

Farooq said the PML-N was not against Jews or Hindus, and that it would always speak up against those individuals violating basic human rights.

He also confirmed that the party would welcome any positive suggestions from all religious minorities and reflect this in its manifesto.

“Our foreign policy advocates brotherly relations with all neighbours, and by extension a peaceful South Asia,” he said.

Peace and Development Foundation representative Romana Basheer urged Farooq to include the PML-N’s stance on the blasphemy law in its manifesto.

“Will justice be served to those who incite violence through their loudspeakers?” she questioned.

Participants at the event demanded that all mainstream political parties to form clear policies on blasphemous material in education curriculums, and take action to abolish anti-human and anti-minority laws.

“We are simply not in favour of creating divides on the basis of religion,” said Shafi.

Earlier, CRM Convener Samina Imtiaz had informed the gathering that the national consultation would help bridge the gap between leaderships of various political and religious parties and faiths.