Game over: Musharraf out of election race

Game over: Musharraf out of election race 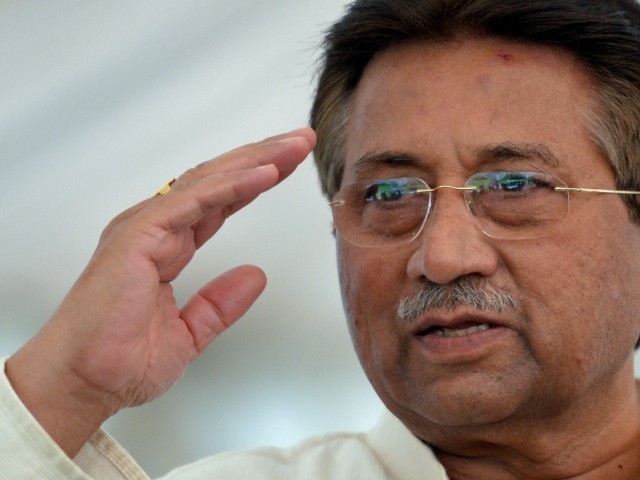 ISLAMABAD: Former president Pervez Musharraf will not be able to contest in the upcoming elections, Express News reported on Tuesday.

Musharraf nomination papers were rejected from all four constituencies he had applied for.

“Yes, his paper has been rejected by the high court. We will file an appeal in the Supreme Court,” Musharraf’s lawyer Ahmed Raza Kasuri told AFP.

Later during the day, Peshawar High Court (PHC) election tribunal disqualified him from NA-32 Chitral although the returning officer had accepted his papers earlier.

There was difference between ex-president’s signatures on various nomination papers, the tribunal pointed out.

The court also objected that the person who submitted Musharraf’s nominations papers was not authorized to do so.

Apart from the above, Musharraf’s case became weak due to his alleged involvement in murder of Akbar Bugti, Benazir Bhutto and attack on Lal Masjid.

The former president’s nomination papers for Karachi, Islamabad and Chitral were earlier rejected by the returning officers. He was given a chance to appeal against the decision in the election tribunal, but the appeal was also rejected.

In the case of Islamabad and Kasur, the tribunal accused Musharraf of violating the constitution, imposing emergency on November 3, 2007 and detaining judges. Hence, he does not satisfy the criteria specified in article 62 and 63 of the constitution.

Musharraf was not solely responsible for the November 3 emergency; whole government was involved in the decision, the former president’s lawyer Malik Qamar Afzal argued.

The tribunal concluded the argument by saying Musharraf was the president at the time and was responsible for the steps taken.