Voting for overseas Pakistani would be ensured, ECP tells SC

Voting for overseas Pakistani would be ensured, ECP tells SC 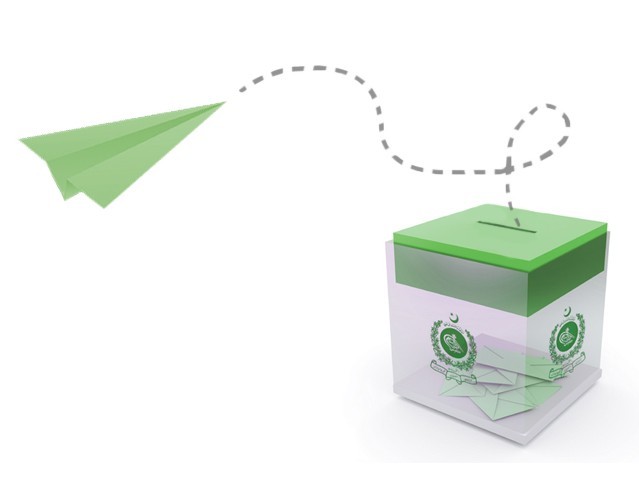 ISLAMABAD: Just as the Pakistan Tehreek-i-Insaf chief Imran Khan urged the Election Commission of Pakistan (ECP) and the Supreme Court to ensure voting for overseas Pakistanis, the commission on Thursday told the apex court that voting for Pakistanis abroad would be ensured.

The ECP said that home work had been completed to include overseas Pakistanis in the forthcoming general elections. The court was further told that at a recent meeting of the ECP and other functionaries of the government, issues of providing right to franchise to overseas Pakistanis was discussed and had come to a conclusion that their participation would be ensured.

The three member bench of the Supreme Court, comprising Chief Justice IftikharMuhammad Chaudhry, Justice Gulzar Ahmed and Justice Sheikh Azmat Saeed, were told details of ECP’s meetings on the matter during the past week.

Director General ECP Sher Afgan told the court that the commission had come to the conclusion that inclusion of overseas Pakistanis in the coming election was possible and as part of the first step Pakistanis residing in ten countries would be included.

“About 4.5 million registered voters are residing in other countries, out of which 3.5 million are in the Middle East and 2.9 million out of this figure are currently living only in two countries of Saudi Arabia and the United Arab Emirates.”

The ECP further stated that the NADRA had made E-voting software for the expatriates and would be utilised during the coming elections. Upon this, Justice Gulzar questioned that when an overseas Pakistani would caste his vote in another country, his vote could also be used in his own constituency which would be tantamount to using one vote twice. The DG ECP though brushed away the concerns, stating that there would be a very small chance of mistakes in the current E-voting system.

Attorney General for Pakistan Irfan Qadir told the court that the first step in this exercise would be a law, as including certain clauses in the legislation, the process would become easier.

Afgan added that per their plan in countries where the population of registered voters was over 100,000, two polling stations would be set up. Any country with less than that number would get one polling station. The court was told that visas for the staff appointed in foreign missions would take two to three weeks.

The bench adjourned further hearing for ten days while directing the ECP to submit further report on the legislation and other matters.