The studen­t was carryi­ng a pistol in her school­bag.
By Our Correspondent
Published: April 11, 2013
Tweet Email 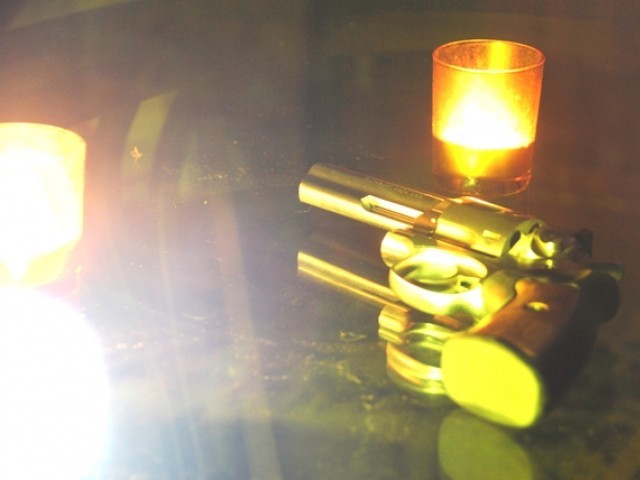 A message was inscribed on the girl's arm asking her mother to forgive her and claiming a man named Asad had made her life miserable. PHOTO: FILE

HARIPUR: A schoolgirl committed suicide during an exam on Wednesday in Haripur, Hazara Division.

Hospital administration said Natasha Habib’s body had bruises. A message was inscribed on her right arm asking her mother to forgive her and claiming a man named Asad had made her life miserable. A mobile phone number was written on her left arm. When police tried to contact the number, it was switched off.

Farzana Manzoor, a teacher at the Government Girls Centennial Model High School, told police she was informed that a student of grade 10 had gotten hold of a bottle of acid and was threatening to consume it. The girl’s classmates had already snatched the bottle from her when the teacher reached the room; however, the student took out a pistol from her bag and shot herself. Natasha had come to school that day to appear for her practical exam for Biology.

The complainant, Manzoor, failed to explain how the student managed to take a pistol with her to class.