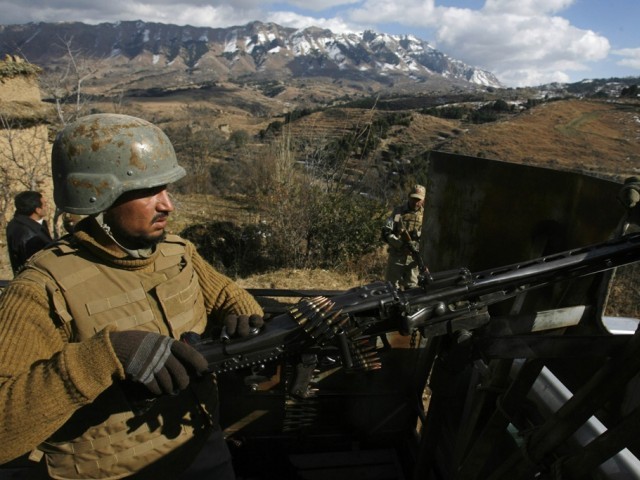 Officials confirmed on Tuesday that 23 security personnel were killed in an ongoing offensive against Tehreek-e-Taliban Pakistan (TTP) militants in the restive Tirah Valley of Khyber Agency.

Up to 110 militants have been killed since Sunday after security forces began dismantling their key hideouts, the ISPR spokesman said in a statement.

“As many as 23 security personnel also embraced martyrdom,” he said.

An official from the Tirah Valley told The Express Tribune that security personnel backed by a pro-government militia launched an operation against TTP and their allies Lashkar-e-Islam (LeI) allies in the Akka Khel area. This is the first operation of its kind since the Tirah Valley fell to the TTP and Lashkar-e-Islam forces after days of fierce fighting against their Ansarul Islam rivals.

He also confirmed that several of the militants’ strongholds were destroyed during the attacks.

The residents of the area were evacuating their homes and moving to Orakzai Agency to reach Peshawar.

Security forces also claimed to have cleared militants from the mountainous Mada Khel region and claim to have regained control of the area. The claims could not be independently verified. Tirah Valley fell to militants on March 19, following five consecutive days of intense fighting.

A political administration official of Bara tehsil of Khyber Agency said that a child Asmat Shah was injured in a toy bomb blast in Aka Khel area. He said that he was rushed to a hospital where his condition was precarious.