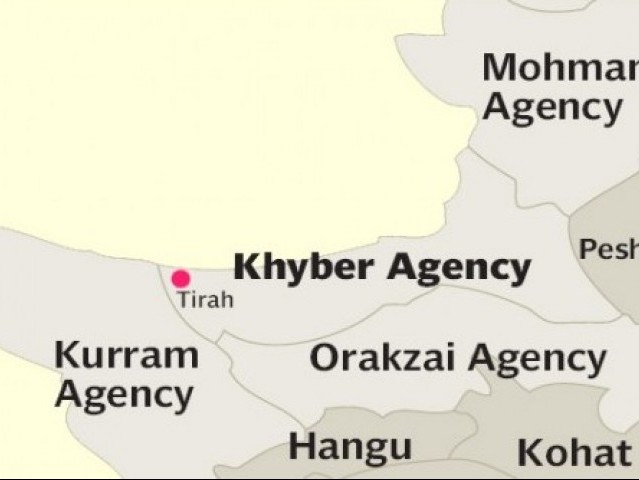 The official said at least 110 militants had also been killed, but the death toll was not possible to verify independently.

PESHAWAR: Heavy fighting between troops and militants has killed 23 soldiers and scores of enemy fighters over the past three days in the Tirah valley near Peshawar, military officials said on Tuesday.

The clashes signalled a fresh military intensive in the Tirah valley of Khyber district, where the military has been targeting Taliban and militia Lashkar-e-Islam who threaten the nearby city of Peshawar.

Khyber straddles the NATO supply line into Afghanistan, used by US-led troops to evacuate military equipment ahead of their 2014 withdrawal, and officials say it is key to protecting security in Peshawar for elections next month.

“Twenty-three soldiers have been martyred over the past three days in different parts of Tirah valley,” a military official told AFP.

“Ground forces have intensified operations against TTP (Tehreek-e-Taliban) and Lashkar-e-Islam,” the official said.

The official said at least 110 militants had also been killed, but the death toll was not possible to verify independently as the area is cut off to journalists and aid workers.

He said the town of Tut Sar had been “captured” back from militants and that soldiers had now erected a post in the area.

“Helicopters and jets participated in the operation. They are shelling militant hideouts in the valley,” the official said.

Pakistani troops have been fighting for years against homegrown insurgents in the northwestern tribal belt, where the United States has accused them of not doing enough to crack down on Taliban and other militants active in Afghanistan.