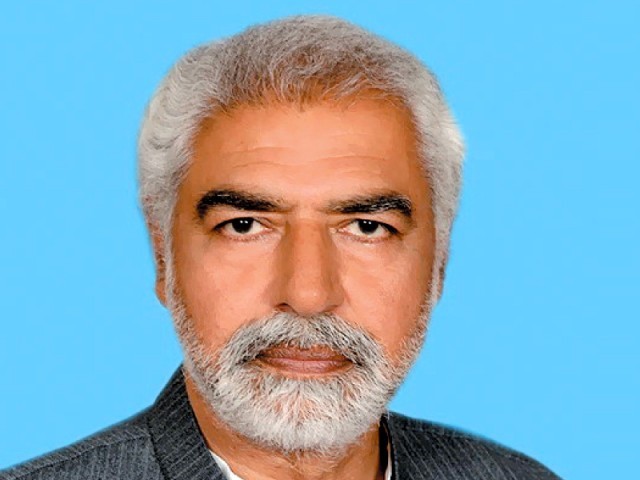 I don’t know what the ideology of Pakistan is, as everyone has his own interpretation, says Ayaz Amir.

Amir, who intended to stand from NA-60 Chakwal, fell foul of articles 62 and 63 as the Returning Officer decided that some of Amir’s own newspaper articles were “against the ideology of Pakistan”. Speaking to The Express Tribune, a visibly shocked Amir said “What can I do? This seems to be sheer illiteracy. The RO does not seem to understand the articles in question, which were written in English. What will be the fate of the nation if you give such authority to people like this?”

Amir also vowed to file an appeal against the RO’s decision, but said he was unsure whether he would get justice. “I don’t know what the ideology of Pakistan is, as everyone has his own interpretation”, said Amir.

Ayaz Amir, a renowned journalist, joined politics from the platform of the PML-N and was elected a member of the National Assembly from NA-60 Chakwal in 2008. He was the only PML-N MNA to speak out against the Nizam-e-Adl Regulation, unanimously passed by the lower house on April 14 2009.

Apart from Amir, former interior minister Faisal Saleh Hayat also saw his papers rejected, on the allegation that he was guilty of water theft.

Hayat added that nomination papers should not be rejected only on the basis of complaints by opponents, but that they should be thoroughly investigated. “I will file an appeal before the Election Tribunal on Friday and hopefully I will be given justice”, said the senior politician, who had filed his nomination papers from NA 87 Jhang as an independent candidate.

Pakistan People’s Party candidate Abid Hussain, the son of former Speaker National Assembly Fakhar Imam, also had his papers rejected on the allegation of water theft.  He was also intending to stand for elections from the same constituency as Hayat.

Meanwhile, the political career of former federal minister for education and training, Sheikh Waqas Akram, also seems to be bleak after his A-level certificate was declared fake. Akram, who had previously won elections from NA-89 in Jhang city, had recently joined the PML-N.

Inundated by inquiries regarding the scrutiny proceedings being conducted by ROs across the country, the ECP has issued a press to clarify its position. The ECP says that the ROs are members of the judiciary and they are carrying out duties independently. The ECP also stated that it has not given directions to the ROs as to how to decide the fate of nomination forms. The ECP says it only provides data, as received from the Federal Bureau of Revenue, State Bank of Pakistan, and other governmental authorities to the ROs.

Tribunals to hear appeals against decisions of returning officers:

Once the ROs complete scrutiny of nomination papers by April 7th, there will be three days for the candidates to file appeals against their decisions to special tribunals.

The ECP has notified the members of these tribunals, who are judges of the high courts of the respective provinces. As per the election schedule, the candidates can file appeals with the tribunals by April 10th.

The tribunals would have to decide these cases by April 17th. Aggrieved candidates would still have option to approach the Supreme Court against the decisions of the tribunals, but very few candidates are likely to opt for this option since only one day will be left for the ECP to finalise the list of candidates and start the process of printing of ballot papers.