Superv­isors tell studen­ts they will have to stop teachi­ng them unless the HEC budget crisis is resolv­ed.
By Abdul Manan
Published: September 22, 2010
Tweet Email 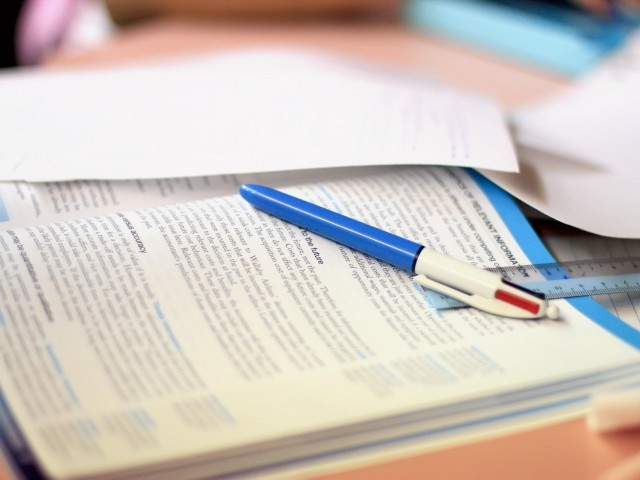 LAHORE: Supervisors have told their PhD students that they will have to stop teaching them unless the Higher Education Commission (HEC) budget crisis is resolved, The Express Tribune has learnt.

Malik Waqar, who was awarded an HEC scholarship to do a PhD in law, said he had not received any money from the commission since he started his studies in 2008. He has completed his MPhil and started the PhD, but been told by his university that unless HEC funding comes through, he may have to quit without completing his degree.

For the first two years during their MPhil/MS programme, the HEC grants scholars Rs10,000 per month as stipend, Rs240,000 for tuition fees, and Rs10,000 for books. For the three years they are in PhD programmes, scholars get Rs13,000 each month and their supervisors gets Rs5,000 per student per month.

He said the HEC had started to pay honoraria only partially to supervisors in 2008 and this was “the first stage of HEC’s collapse”. He said that the scholars who started their studies in 2008 had not received any grants from the HEC.

Shahid Hussain, who began his PhD programme in languages at Bahauddin Zakria University in 2004, said he had encountered reluctant teachers before.

When he approached HEC-sanctioned supervisors in 2008, most of them rejected him because they were not receiving their honoraria from the HEC. He said that he had been turned down by a supervisor in September for the same reason.

Muhammad Asif, who began his programme in education at Punjab University in 2006, said he was thinking about going back to his old job.

“I used to run a small general store in Lahore before I began my post-graduate studies. I’m thinking of returning to it because I can’t even handle my own expenses, let alone the cost of research for my degree,” he said.

HEC spokesman Dr Mukhtar told The Express Tribune that he was hopeful that a six-member committee set up by the finance minister would resolve the funding and related issues.

The committee consists of the deputy chairman of the Planning Commission, federal education secretary, HEC chairman and three vice-chancellors of public universities.