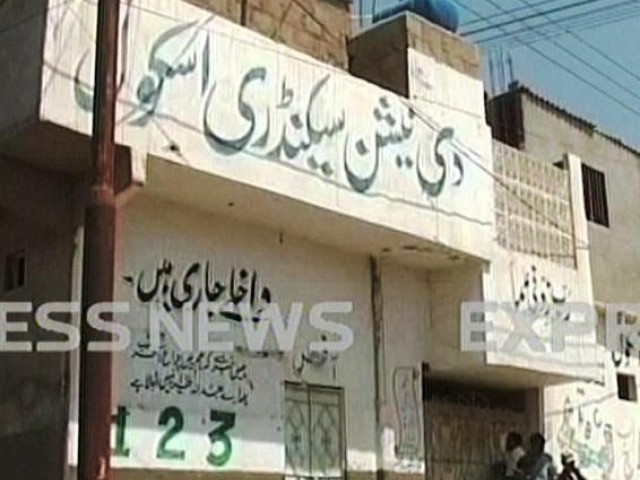 The school was targeted on result day. PHOTO: EXPRESS

KARACHI: A principal of a school in Baldia Ittehad Town of Karachi was killed and five children injured in a hand grenade attack on Saturday morning, reported Express News.

It was result day in the school and a large number of children were present when two men on a motorcycle came and hurled a hand grenade at the building, reported Express News correspondent Nadeem Ahmed.

The men barged into the school and hurled another hand grenade. They also opened fire inside the school.

The principal, Abdur Rasheed, was injured and was being shifted to a hospital when he succumbed to his injuries. He was a leader of Awami National Party (ANP) and was reportedly receiving threats over not paying extortion.

The injured children were shifted to the Civil hospital.

The law enforcement officials arrived at the site and vacated the school.

Cultural week at IIUI: Of cultural depictions and captivating performances