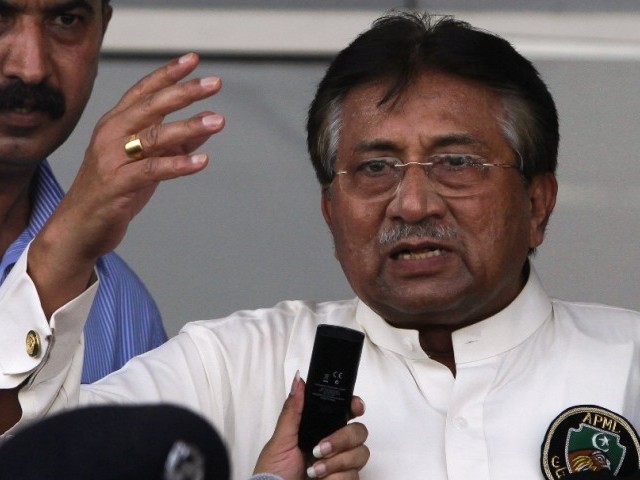 A three-member bench of the Supreme Court on Thursday ruled that a petitioner seeking action against former President Pervez Musharraf for abrogating the Constitution and for high treason could not appear before the court.

The bench headed by Chief Justice Iftikhar Muhammad Chaudhry said the petitioner, Maulvi Iqbal Haider, could not appear in the SC as four judges had put a ban on his entry in the courtroom.

An advocate on record (AOR) appearing on behalf of Haider said the petitioner wanted to argue the case against Musharraf himself.

On refusal from the bench, the AOR sought some time so that the petitioner could hire a lawyer. The court then deferred the hearing for 10 days.

In his petition, Haider challenged a 2010 judgment of the Sindh High Court and asked the apex court to direct the federal government to initiate criminal proceedings against the former dictator.