Say anothe­r party should not benefi­t from their years of hard work.
By Kashif Zafar
Published: March 28, 2013
Tweet Email 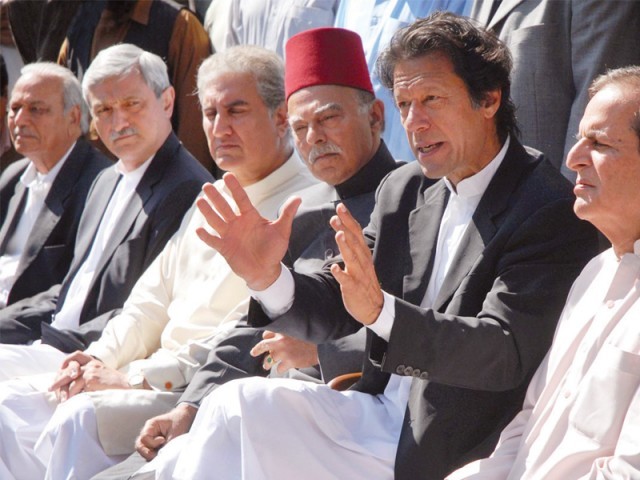 Pakistan Tehreek-i-Insaf workers set up a protest camp on Wednesday against the recent announcement regarding seat adjustment in Bahawalpur.

The camp has been set up at Fawara Chowk and is led by PTI city tehsil president Muhammad Adeel Aslam and youth president Afzal Ali.

PTI workers in Bahawalpur had expressed disappointed on the adjustment and set up a camp. They are demanding that Khan cancel the accommodation decision for Bahawalpur. The protesting workers said that their services had been ignored.

They said they had worked day in and day out to create a vote bank for the PTI in Bahawalpur and now another party would benefit from this. They said that the party chairman should revise the decision and listen to his workers.

They warned that if Khan did not take back the decision, PTI would be swept out of Bahawalpur.

Talking to The Express Tribune, Senior Vice President (Bahawalpur) Sheikh Abbas Raza said, “As a candidate, I support the decision taken by Imran Khan. But, as a native of Bahawalpur, I suggest that the party leadership take notice of this protest camp.”

He hoped that the workers’ efforts would not be forgotten.