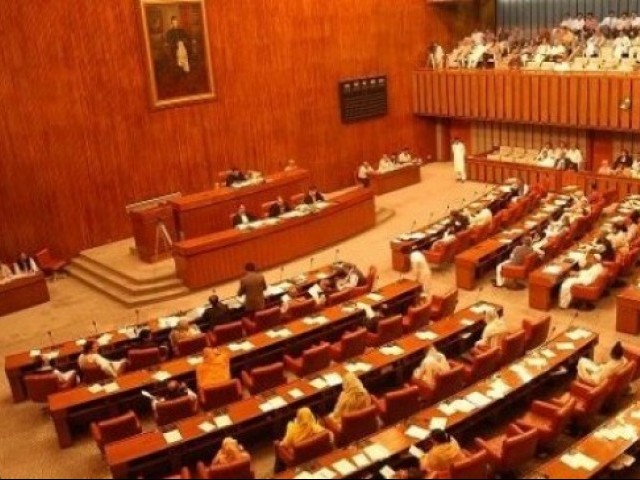 It is presently the only institution in Pakistan that offers doctoral degrees in public health. PHOTO: FILE

ISLAMABAD: A parliamentary panel has recommended that the government withdraw the termination orders of 53 Health Services Academy (HSA) employees.

According to documents available with The Express Tribune, Standing Committee on the Cabinet Secretariat and Capital Administration and Development Ministry Chairperson Senator Kalsoom Parveen took notice of the issue on a complaint lodged by the affected employees.

The employees have also demanded that their jobs be regularised.

Parveen has advised HSA Executive Director Dr Huma Qureshi to hold the termination orders in abeyance and submit a complete report to the committee before taking any action on the issue.

The HSA is an autonomous institution established in 1988 to provide short training courses to in-service public health practitioners and professionals. It used to function under the Ministry of Health (MoH), but after the devolution of the ministry under the 18th Amendment, it has been working under the Cabinet Division.

It is presently the only institution in Pakistan that offers doctoral degrees in public health.

Meanwhile, some of the affected employees told The Express Tribune that they were not informed that they were hired for a five-year project, and began referencing a memorandum issued by the Establishment Division in June 2011 stating that all contractual employees who have been working for more than one year or three consecutive periods of 89 days will be regularised.

However, the notification only applied to daily wage staffers.

“The government intends to replace us with blue-eyed boys. Some of the employees are highly qualified and it would not be easy for the HSA to get suitable substitutes for them,” said the employees.

They further said that the termination of teaching staff will make students suffer.

However, HSA ED Dr Quereshi said that “from day one, they all knew very well that they were hired under a five-year project funded by USAID.

“Throughout the five years they were treated as contractual employees and not civil servants. They were getting huge salary packages but were not getting the same benefits as civil servants,” she added.

Now that the project is coming to an end, they have officially been given one month’s notice, she said, adding that the HSA is an autonomous body and generates funds through fees paid by the students, therefore, the institute will hire new staff through proper procedure after considering its financial position.