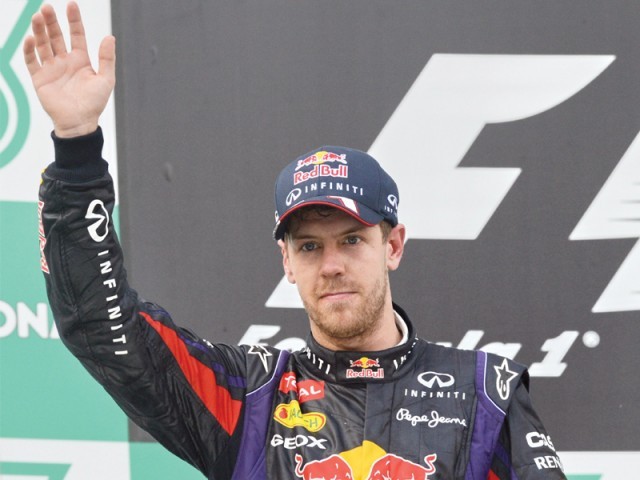 LONDON: Lewis Hamilton has turned his fire on Formula One rivals Red Bull for suggesting after a controversial Malaysian Grand Prix that he has joined Mercedes as their clear number one.

The race at Sepang was dominated by controversial team orders issued by champions Red Bull and Mercedes but Red Bull consultant Helmut Marko said afterwards that his team had a different approach to Hamilton’s.

“The team will have a word because we have to control the drivers,” said the Austrian after world champion Sebastian Vettel had won by ignoring instructions to remain behind team mate Mark Webber.

“It’s not like at Mercedes where it’s a clear number one and number two. Basically we treat the drivers the same.”

However, Hamilton said that was nonsense and he and Germany’s Nico Rosberg had equal status.

“They (Red Bull) have a clear one and two, they always have,” he said. “And that is why they have always had the problems they have had. We don’t have a one and two here (at Mercedes).”

‘Webber will compete in Chinese GP’

Meanwhile, Webber’s father has said that the Australian is not considering his future in Formula One and will drive in next month’s Chinese Grand Prix. After the fiasco in Malaysia with team-mate Vettel, there were reports he was contemplating missing the April 14 Chinese Grand Prix.

“We’ll be up in China for the next one,” said Alan Webber. “But I think it will take a while to earn the respect and trust again.”