The author­ities claim the upsurg­e in price of ticket­s was announ­ced at the launch of bus servic­e.
By Web Desk
Published: March 26, 2013
Tweet Email 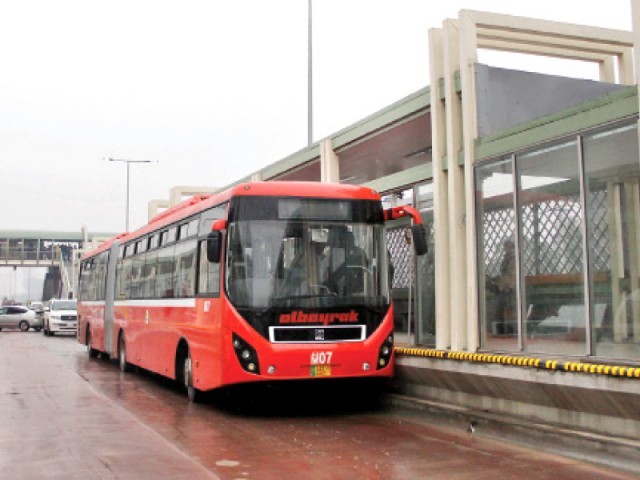 LAHORE: The metro bus authority issued an order to increase the price of tickets from Rs20 to Rs40, Express News reported on Tuesday.

The new fares will be implemented from March 26.

The authorities claimed they had made it clear, at the time of launch, that the fares will go up in a few months time.

When it was launched last month, the bus initially allowed commuters to travel free for a week. Thereafter, a fare of Rs20 was fixed. The authority on Tuesday said that this was an introductory price and was temporary.

At the time of launch Punjab Chief Minister Shahbaz Sharif had claimed that the bus fare will be kept within the reach of the common man.

Metro bus Service was launched on February 10.  In the service 115 metro buses, with a capacity three times that of ordinary buses, run along a 27km corridor, from Gajju Matta to Shahdra, in Lahore.