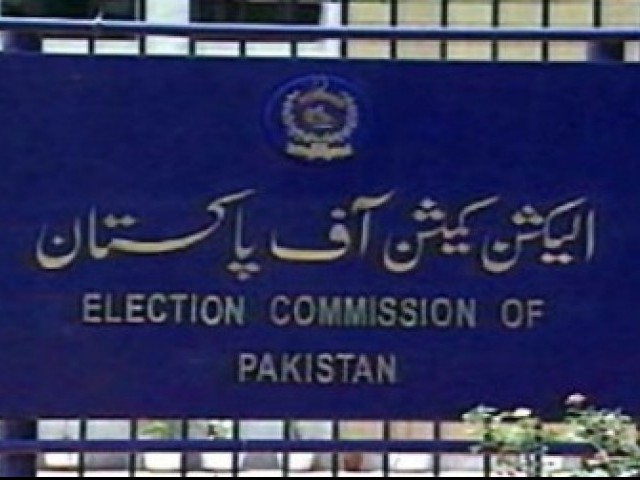 ISLAMABAD: Various measures taken by the Election Commission of Pakistan (ECP) in the last few years are expected to discourage rigging trends in upcoming general elections.

The ECP had embarked on a five-year Strategic Plan in 2010 and the steps proposed in this plan were gradually pursued, though some direly needed laws are still awaited by the Commission.

The steps, which include political financing and computerised electoral rolls, when implemented diligently, will not only discourage free play but also pave way for common men to jump into politicking. An effective screening process and implementation of Articles 62 and 63 will be used as tools to bring forth neat and clean politicians.

After the completion of computerised electoral rolls, the Commission finalised a system for political financing to curb lavish spending during the general elections

Electoral rolls have been finalised by removing fake votes and arrangements are being made to discourage all kinds of rigging. The ECP is confident it will foil rigging bids, such as double-stamping rival candidates’ valid votes to invalidate them and buying the CNICs of supporters of rival candidates prior to their arrival at polling stations, barring them from casting their votes.

An official, while responding to queries, said the ECP has a commendable system in place and once it is implemented in letter and spirit, the situation will improve further.

The official added, “But, for the desired results, the Commission also needs support of the political parties and the common voters.”

He also emphasised proper training for polling agents, who should know their rights and duties as explained in election laws. “We have the law that ensures transparency. No Presiding Officer can facilitate any candidate to rig the polls if the polling agents perform their duties efficiently,” the official said.

“Laws could have needed improvement in other areas. But, as far as polling process is concerned, the laws are sufficient and clear,” the ECP official added.

The official stated that pictures on electoral rolls and magnetised thumb impressions will also help detect fake voters, but the polling agents along with other staff have to be vigilant.

Very few polling agents and voters know that poll rigging is an illegal practice for which one can be sentenced to up to three years in prison and a Rs5000 fine, he added.

“This penalty will be further enhanced to punish those violating sanctity of the vote.”