TTP banned reside­nts from buryin­g the hundre­d fighte­rs who were killed in the fight with AI, until the fight was over.
By Our Correspondent
Published: March 24, 2013
Tweet Email 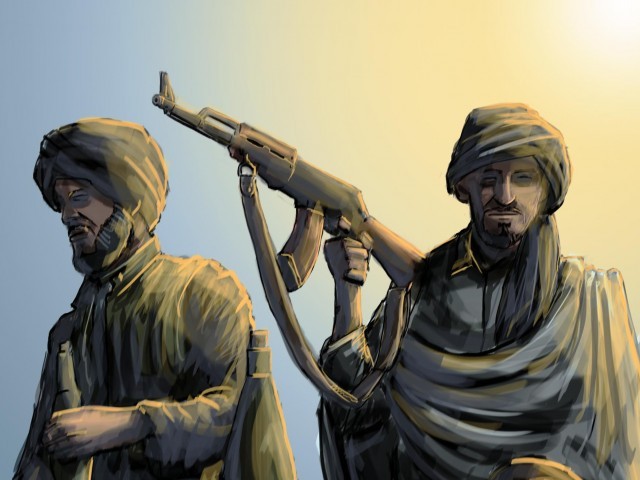 Hundreds of people moved away from Tirah Valley when TTP captured it from AI militants after days of intense clashes. ILLUSTRATION: JAMAL KHURSHID/FILE

According to reports from the valley, hundreds of fighters from both TTP and AI were killed in the fight to gain control of Tirah, following which TTP banned residents from burying a single body until the fight was over.

The tribesmen were finally permitted to gather the dead and bury them on Saturday. However, most of the bodies were mutilated beyond recognition because they had been lying in the open since the clashes ended on March 19.

Two of the deceased were identified as Sher Muhammad, a resident of Qamber Khel, and Ziarat Khan. They could not be shifted to their hometowns and were buried in Tirah.

It was also learnt that TTP has allowed Khujal Khel tribesmen to go to the mountainous check posts and bring down the bodies of dead AI militants. The tribesmen have also been told to use the possessions and vehicles of locals who had fled from the area earlier.

Hundreds of people moved away from Tirah Valley when TTP captured it from AI militants after days of intense clashes.