Joint chiefs deliberate over army's support to ECP during elections

Joint chiefs deliberate over army's support to ECP during elections 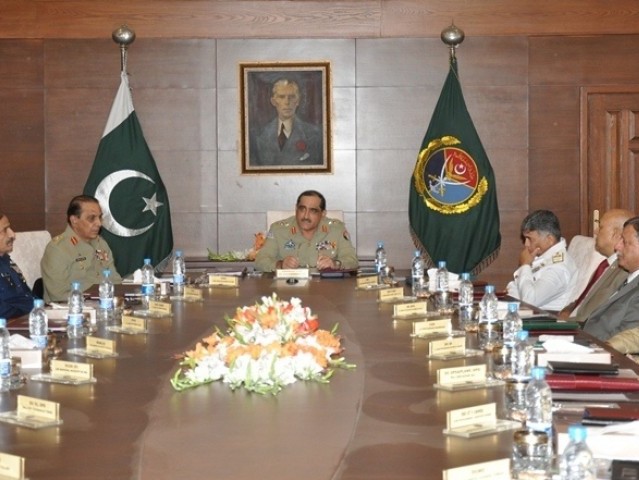 RAWALPINDI: The Joint Chiefs of Staff Committee (JCSC) met on Tuesday to discuss the armed forces’ support to the Election Commission of Pakistan (ECP) during the forthcoming general elections.

The meeting this time reviewed issues related to the national security, regional geo-strategic environment, and internal security situation along with the progress on the agenda points of last session.

The participants expressed their satisfaction over the standard of preparedness of Armed Forces to take on the upcoming challenges.

It was reiterated in unequivocal terms that comprehensive strategy will be followed by the armed forces to combat the terrorist threat being faced by the country.

The chairman appreciated the sacrifices rendered in the realm of national security.

The JCSC is a quarterly moot of senior military leadership to assess and evaluate the operational preparedness of the armed forces.

Have you heard?: There is a Pakistani rendition of Glee!