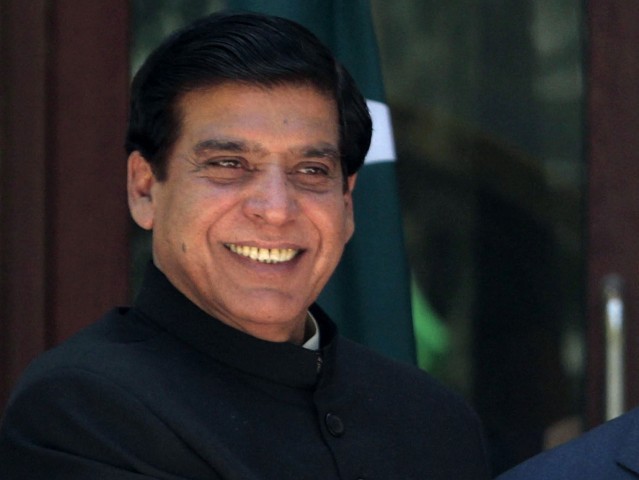 Prime Minister Raja Pervaiz Ashraf faces possible disqualification from contesting the upcoming elections as a company co-owned by him has been declared a defaulter by the Capital Development Authority (CDA).

Official documents revealed that Ashraf and his two partners registered M/s Fairwin Enterprises with the registrar of the Islamabad Capital Territory on August 21, 1986 and bought a commercial plot in I&T Centre G-10/1 Islamabad. The plot was developed by the prime minister and his partners’ firm and over a dozen shops and 10 flats were constructed and sold to 18 different buyers.

The company purchased the plot on November 26, 1988 and sold it to a third party without clearing dues owed to the CDA worth around Rs2.06 million. The authority sent repeated notices to the company to clear the dues, but failed to get any response until 1994 when the plot was sealed vide a letter.

When the buyers were made aware that the amount was in arrears, they contacted M/s Fairwin Enterprises and requested it to pay the dues but to no avail.

Facing fears of eviction by the CDA, the buyers recently moved the Supreme Court.

Further, CDA Chairman Syed Tahir Shahbaz was axed from his position after he told the Supreme Court’s human rights cell that Ashraf’s company was a defaulter of the authority, sources said.

The human rights cell of the apex court has directed Pirzada to submit a report. If proven guilty of default, Ashraf faces disqualification under section 12 (C) and 12 (D) of the Representation of Peoples Act, 1976.