Consensus reached over date of elections

Consensus reached over date of elections 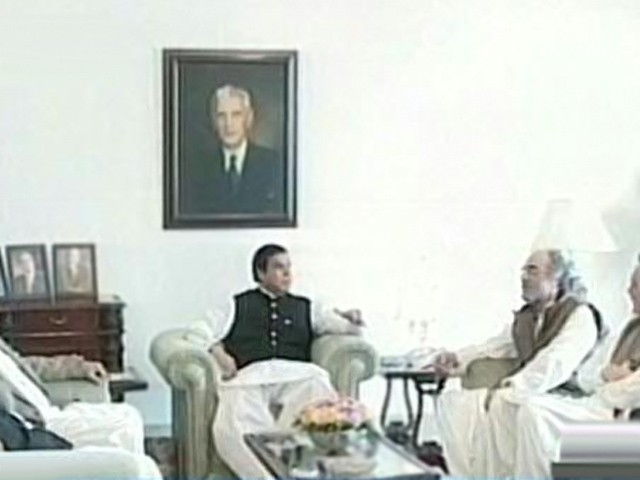 ISLAMABAD: The four chief ministers of the country reached consensus over holding general elections across the country on the same day, Express News reported on Saturday.

The ministers also decided to dissolve the provincial and national assemblies at the same time.

The consensus was reached after the chief ministers met with Prime Minister Raja Pervaiz Ashraf in Islamabad.

The prime minister earlier met the four chief ministers and governor Balochistan to decide on a date to dissolve the assemblies and to discuss names for the post of caretaker chief ministers.

During the meeting, the premier talked to all chief ministers to form consensus over holding national and provincial assembly elections on the same day.