Distra­cted eating could increa­se the amount of food consum­ed by up to 50 per cent.
By Reuters
Published: March 16, 2013
Tweet Email 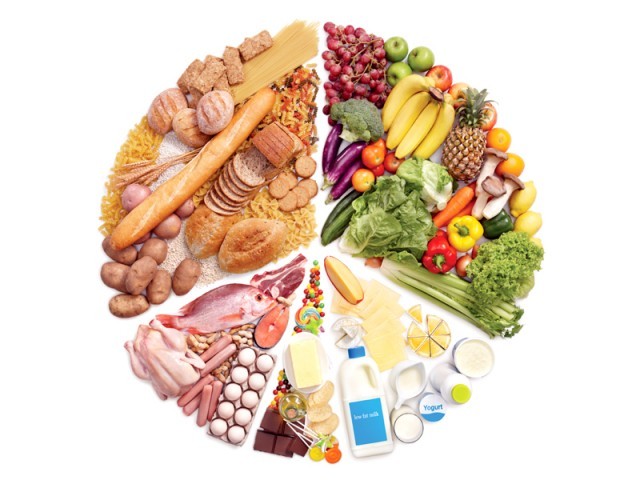 summoning memories of what was eaten in a previous meal decreased the amount of food eaten later. DESIGN: SAMRA AAMIR FAIZAN DAWOOD

NEW YORK: People who eat meals or snacks while watching TV, playing games or reading tend to consume more calories in a sitting, and especially later in the day, according to a review of two dozen past studies.

“Some studies have individually shown this before, but the evidence has never been put together,” said lead author Eric Robinson from the University of Liverpool, UK.

According to Robinson, distracted eating could increase the amount of food consumed by up to 50 per cent.

On the other hand, summoning memories of what was eaten in a previous meal decreased the amount of food eaten later.

“Even though we make decisions about what and when to eat with apparent ease all the time, these decisions are actually very complex and can be easily disrupted,” Suzanne Higgs, a study co-author and psychologist at the University of Birmingham in the UK, told Reuters Health in an email.

The researchers broadly categorized eating patterns as “attentive,” such as sitting quietly and recording what was eaten during a meal, or the exact opposite, “distracted.” Distracted eaters do not pay close attention to food and are not as aware of how much they have eaten.

Robinson and his colleagues searched the scientific literature and found 24 studies conducted between 1997 and 2011 that met their main criterion of involving an experimenter who actively manipulated participants’ attention, memory and awareness of eating food. All of the studies were tightly controlled and monitored, but each had different methods of manipulating participants’ attention and awareness.

For example, in one study, adult men and women watched television while eating. In another, participants snacked on pistachio nuts and experimenters immediately removed the nut shells from view.

The experiments ranged in size from 14 participants to 122, and 18 of the 24 studies were done with university students as subjects. Nearly all of the men and women in the experiments were normal weight, rather than overweight or obese.

The analysis suggests statistically significant differences between participants who ate attentively and those who ate while distracted, Higgs said.

In contrast, enhancing memories of food consumed at an earlier meal reduced the amount consumed at a subsequent meal by about 10 percent.

Enhancing awareness of the food being consumed at the current meal did not, however, change how much people ate at that meal.

Still, in light of the overall results, the authors think that attentive eating techniques could be incorporated into weight loss regimens as an alternative to intense calorie-counting.

Robinson said these findings could be used, for instance, toward developing a mobile-phone “app” that prompts people to eat with more attention and awareness.

Practices similar to attentive eating have been a part of behavioral therapy weight loss programs for decades, said Michael Lowe of Drexel University, who was not involved in the new study.

“The learned habits tend to dissipate after the program ends and most individuals regain the weight they lost,” Lowe said.

For example, what works for a person in the normal weight range may not work for an obese individual, possibly because cognitive processes may differ between the two, Lowe said.

Robinson and Higgs have already begun to look at distracted and attentive eating patterns among overweight and obese participants, but the study is ongoing.

“The findings, strictly speaking, only apply to those in the normal weight range,” Lowe said of the current study. He added, “Even if you use the same laboratory setting, it’s difficult to know if these same interventions would apply to obese individuals.”

“There are some additional big steps before it’s plausible that these findings could ultimately help people keep their weight off,” Lowe said.

Siyaah: Far from perfect but a win for Pakistani cinema