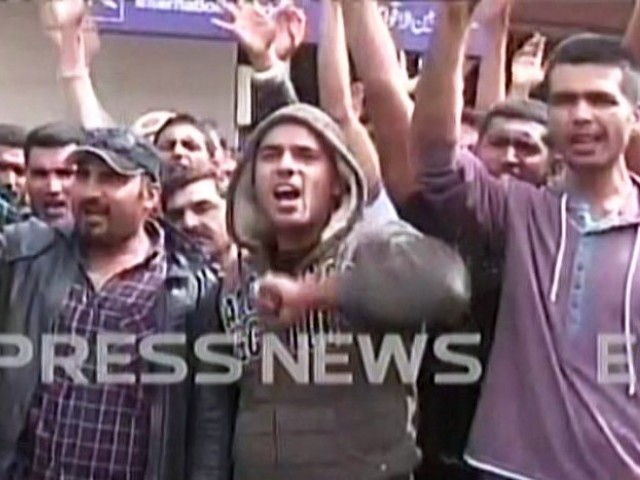 At least 450 Pakistanis who were sent to Bahrain to join its army were deported back home after allegedly being kept hostage for 19 months, Express News reported on Thursday.

The young Pakistanis, who are all university graduates, were issued visas by the Pakistani government and were promised a job in the Bahrain Army with the starting salary of Rs100,000. The army, however, took the young men hostage and tortured them, according to one of the deportees.

The men were not given food and access to toilets for five days and were not allowed to phone their family and friends back home.

Around 100 more Pakistanis are expected to be deported tomorrow.

The young men, protesting against the Bahrain government, urged the United Nations to take notice of the incident.

Last month, around 700 Pakistani workers were stranded in Saudi Arabia after their passports were taken and they were not allowed to work. A Turkish company had hired these Pakistani workers through different travel and recruiting agencies during 2011 after payment of a hefty sum against visa issuance.