I should be nominated as caretaker PM: Chaudhry Shujaat

I should be nominated as caretaker PM: Chaudhry Shujaat

PML-Q chief says name of careta­ker PM will be reveal­ed soon after the assemb­lies are dissol­ved.
By Web Desk
Published: March 13, 2013
Tweet Email 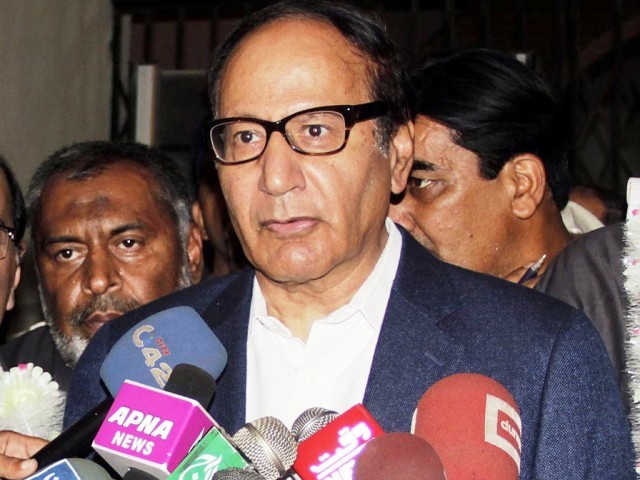 Hussain made this statement while speaking to media.

Responding to a query on when will the name for the caretaker prime minister will be announced, Hussain said the name will be revealed soon after assemblies are dissolved.

Speaking about future electoral alliance with Pakistan Peoples Party (PPP), the PML-Q leader said the number of seats to be adjusted between them has not yet been discussed.

Commenting on former president Pervez Musharraf’s plans of returning to Pakistan, Hussain said the former ruler has a Pakistani passport and can come back whenever he pleases.