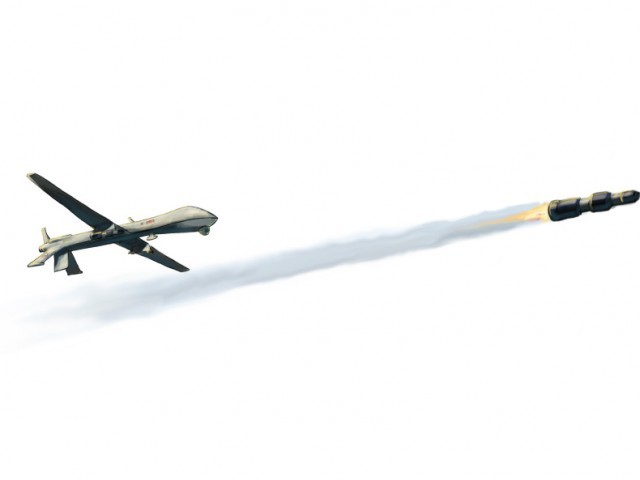 MIRANSHAH: A US drone strike on Sunday killed at least one militant riding on horseback in North Waziristan on Sunday, security officials said.

The missile attack, the first by an unmanned American drone in Pakistan for at least a month, came in Dehgan village, 30 kilometres west of Miranshah.

“A US drone fired one missile, killing a militant travelling on horseback,” a security official said.

Security officials in northwestern city of Peshawar the man was believed to be a “foreign national” – a term officials use to describe al Qaeda linked militants.

The last reported drone strike in Pakistan was on February 8 and killed nine militants, though unnamed American officials quoted by the New York Times last week said the incident was not a US attack.

The covert strikes are publicly criticised by the Pakistani government as a violation of sovereignty but American officials believe they are a vital weapon in the war against militants.

Few of the victims are publicly identified, but on January 3 Pakistani officials said warlord Mullah Nazir was killed in a strike on neighbouring South Waziristan.

Nazir used to send fighters into battle in Afghanistan and was accused of sheltering al Qaeda affiliates in South Waziristan.

According to the London-based Bureau of Investigative Journalism, between 2,627 and 3,457 people have been reportedly killed by US drones in Pakistan since 2004, including between 475 and nearly 900 civilians.