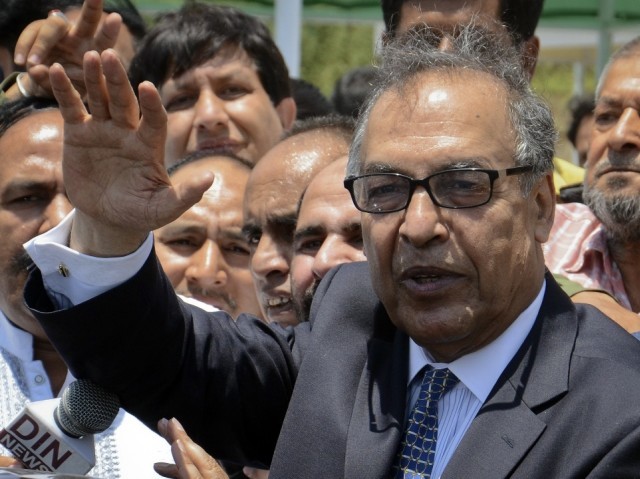 Shahabuddin's counsel claimed that with the general elections around the corner, his client has to visit his constituency and should be exempted from appearing personally. PHOTO: REUTERS/ FILE

A special judge on Friday issued summons for some big names, including former PM’s son and a sitting federal minister, in the ephedrine quota case.

The three men, along with Shahabuddin had been declared absconders by the Anti Narcotics Force (ANF) on February 22.

According to the ANF, in 2010 Danas Pharmaceutical Company, Islamabad and Berlex Pharmaceutical, Multan obtained a 9,000 kg quota of the controlled chemical ephedrine from the health ministry for further export to Iraq and Afghanistan. Later, the medicine manufacturers got the export quotas converted to local consumption quotas and allegedly smuggled the chemical to Iran for Rs7 billion with the help of smugglers in Quetta and Karachi.

According to the final challan, former Heath director general Dr Rasheed Juma and former director Danas Pharmaceutical Rizwan Khan were declared approvers. In their confession statements, they said they participated in the scam under pressure from Musa and Shahabuddin, who they said were behind the granting of huge quotas of ephedrine. Over 125 people have recorded their statements in the case.

Meanwhile, the court rejected a separate application filed by Shahabuddin requesting exemption from appearing in person. His counsel claimed that with the general elections around the corner, his client has to visit his constituency and should be exempted from appearing personally. However, the  court rejected his plea and summoned him on March 22.