Killing without passion, war without valour

Killing without passion, war without valour 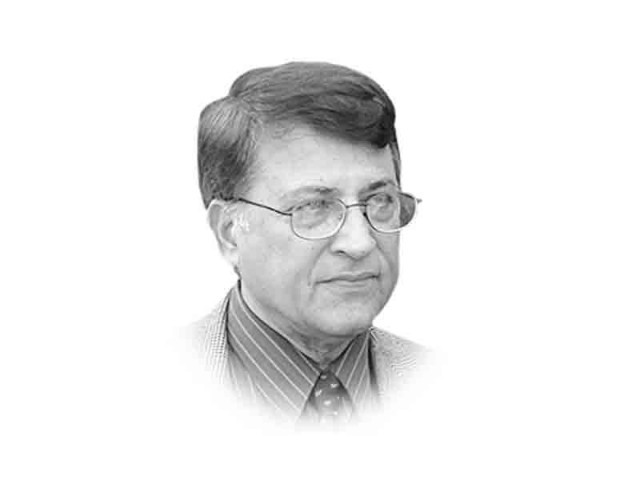 Old memories: on September 6, 1965, our class teacher at Karachi Grammar School announced that India had invaded Pakistan and that President Ayub Khan had declared war. I whooped with joy, but it wasn’t because I hated Indians. My delight came from the delicious anticipation of the battles now to be fought with fighter aircraft, tanks and warships. Best of all, we’d now see more deeds of valour and more heroes of war like Major Tufail Muhammed, my number one hero. For years I had read of his epic fight in different newspapers and magazines. Machine gun bullets had ripped through his stomach while his company was fighting off Indian intruders from across the border into East Pakistan. But the Major kept throwing grenades and finally killed an enemy commander by pounding him with his helmet.

The declaration of war was a young boy’s dream come true. Pumping the pedals furiously, I bicycled the distance from Soldier Bazaar to the PAF Recruiting Centre on Ingle Road in record time. Disappointed when I was told that I was too young at 15 to enlist in the air force, I rushed to Napier Barracks only to have a friendly major chuckle and refuse my proffered services to the army. My neighbourhood’s civil defence team was the highest to which I could rise, and hearing ack-ack guns firing at Indian bombers over Karachi was the closest I ever got to seeing action.

Decades later, I can coolly reflect upon my earlier enthusiasm for blood and sacrifice. It was no different from what a lot of young people everywhere have within them. War, aggression and territoriality are instincts that all primates — particularly libidinous males — have inherited from our early ape ancestors. Equipped by Nature with a limbic system, a primitive part of our brains operates below the horizon of consciousness. Survival needs had made it necessary for humans to be programmed to feel fear and rage, making it easy to kill when emotions are suitably aroused.

But what if emotions are not aroused? This issue is epitomised by the soulless killing machines called drones that endlessly circle the skies over Waziristan. They are piloted remotely from 6,000-7,000 miles away at some air force base in the United States. The drone pilots are normal office workers, not warriors. These men and women, safely out of harm’s way, return home daily to sleep in the same bed. The unmanned aerial vehicles (UAVs) they control with joysticks await a target patiently, swoop down to a few thousand feet, release a missile and then climb back to safety. Their targets — Taliban and al Qaeda militants — have been trained almost from birth to kill or be killed. But they are no match for the drones; these men of war have rightly learned to fear the new robotic weapons. Of course, so do innocents who know that they too, could be blown up mistakenly.

Drones have followed naturally from earlier robotic weapons. Perhaps, the World War II acoustic torpedo, whether launched by a submarine or air-dropped, was the first truly robotic weapon. You turned it lose and it would mercilessly hunt down its prey — a naval vessel or a merchant ship — and terminate it. But ultimately, it too needed a human to select the target. Killing by drones is no different from killing by piloted aircraft or computerised long-range artillery. Now this, too, is about to change.

In the next generation, beyond drones lie the so-called “fully autonomous” weapons. Perhaps, 20 years away or less, they are already the subject of debate. The Pentagon has said it will certainly proceed to develop and acquire them, while the Human Rights Watch is saying that they should be banned. Sometimes called killer robots, these are weapon systems that will function without human intervention. Neither passion nor compassion will affect what they do. In a fraction of a second, the armed robot will itself select the target, track it and then determine when to fire. Humans will be unnecessary, except for deciding upon the algorithm that the robot needs for telling friend from foe.

In a world where battles will be fought by silicon chips, there can be no heroes and martyrs — just victims. For the most part, technology has dispensed with the need for hand-to-hand combat, to walk through the mud, or to smell the blood. Ever more clinical and devoid of passion, the act of killing no longer requires anger and rage. Instead, the decision to kill will be cool and calculated. So, will this reduce the desire to hurt, maim, or kill other members of the human species? Is this good news or bad?

Good, if one follows the logic of Stephen Pinker. This well-known cognitive scientist at Harvard has amassed impressive quantitative evidence that the world of the past, which had just swords and spears, was much worse than the present. Wars between developed countries have vanished and, even in the developing world, wars kill only a fraction of the people they did a few decades ago. Of course, the world is not peaceful everywhere, such as here in Pakistan, but on average, it is more peaceful. The decline of violence, Pinker argues, owes to our “better angels” that steer us away from our “inner demons” that incline us towards revenge, sadism and tribalism.

It is these “better angels” to whom we must turn if we want our country to become peaceful some day. In the age of face-to-face fighting, it perhaps made sense to talk of courage and gallantry. But in the age of science, believing in heroes and martyrs is futile. Killing is merely technical work, valour is a meaningless concept and war is stupid and irrational. While our emotions resemble those of our remote ancestors who clubbed and beat one another to death, cultural evolution has drastically changed all the conditions of human life. So, let us de-glorify war and remove the military junk littering our roads and public squares. Both nationalism and war have become highly dangerous anachronisms.