A rendezvous with Nadeem Aslam

A rendezvous with Nadeem Aslam 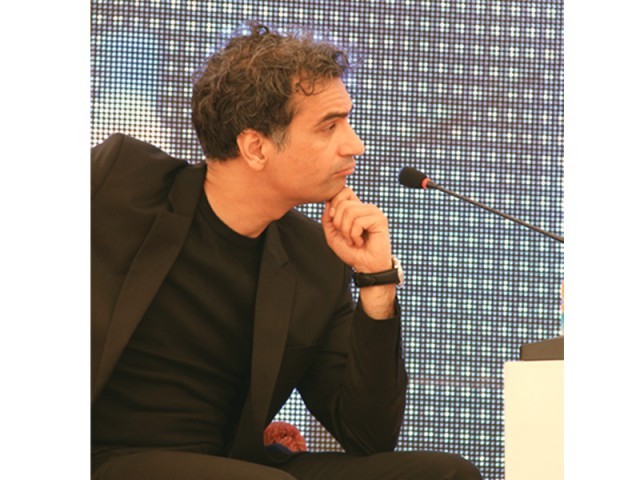 The British-Pakistani writer feels society can only change if we make a conscious effort. DESIGN: ANUSHAY FURQAN

Award-winning writer Nadeem Aslam has penned down reality-based narratives rather than fantasy and fiction over the years. With his debut novel Season of the Rainbirds, in 1993, he struck a chord with the readers; this bond became stronger after his other novels, Maps for Lost Lovers and The Wasted Vigil.

With his most recent book, The Blind Man’s Garden, Aslam has portrayed the terror Muslims faced post 9/11 and is based in Afghanistan and Pakistan.

In a telephonic interview, the writer spoke to The Express Tribune about his recent trip to Pakistan and revealed his patriotic side. He moved to England with his family when he was 14.

“Even when I’m in England, Pakistan is home to me — when I think of birds, it has to be bulbuls and not any western birds,” he says, with a sudden brightness in his voice. “Jasmine, motia and gulmohars are what I relate to when it comes to flowers.” The author admits he is very patriotic. “I sleep a lot better and deeper when I’m here — that has got everything to do with my coming back to Pakistan today.”

Aslam admits that the Pakistan he left behind and the one he came to witness today is interestingly different; it’s been almost 20 years since he last stepped foot on Pakistani soil. “Well if Pakistan changed in my absence, then I changed too — I’m an adult now and when I left the country, I was a child,” he says.

“With all these years behind me, I really wanted to come back to Pakistan and at the Karachi Literature Festival (KLF), when someone in the audience asked me what made me come back, I was dumbfounded,” says Aslam, stating that his entire immediate family is based in England. “I had no answer — I had never really thought about it.”

The realities of life

Aslam’s writings capture the essence of love and loss; when asked how closely he experienced these two things in life, he says, “Faiz [Faiz Ahmed Faiz] once advised the young, ‘mohabbat karo’; it’s not always about romantic love, love is of various kinds.” He feels a relationship should not be based on hatred for the other.

“And loss is one of those challenges in life that we will have to face; something we hope will just go away,” he continues, adding that we hope that somehow the loss is undone. “The ultimate hope we have in this dark hour is to appreciate that person more — it’s a great struggle to get over the loss.” He admits that time heals nothing.

Aslam feels the Pakistani society can only change if we make a conscious effort. “It’s wrong to say that Pakistan is a failed state — how many times have we tried to make it better?” Aslam asks. “Not 10, 20, 50 or even a 100 times; but yes, if you have tried at least a thousand times, then say Pakistan is a failed state and then I might agree.” He adds, “But before that, do show me what you did to make things change.”

In an interview with The Express Tribune earlier this month, Aslam had emphasised that had he been in Pakistan, he wouldn’t have been a writer. When asked to elaborate on this statement, he says, “Every street in Pakistan has produced a poet; some have produced writers. But these are special people who are weak [need support].” He feels he is a “weak person” and believes it depends on the state to make something of these weak people and support them in their careers. “I am not bashing Pakistan here, but I feel people have a responsibility to make sure these things are fixed,” he adds.

Aslam has 11 novels on his current agenda and all would be based in the city of Heer — the name he uses for Pakistan. “Heer is a legend almost 400 years old — she was rebellious to the core,” he says, intrigued with the idea. “While some consider her a hero, others consider her tribe [Jhang] a symbol of shame as this eventually led to Lashkar-e-Jhangvi — a militant organisation.”