LLF 2013: A walk through Blind Man’s Garden with Nadeem Aslam

LLF 2013: A walk through Blind Man’s Garden with Nadeem Aslam

The blind man is Jinnah, envisi­oning a countr­y on the basis of amazin­g ideas: Author
By Sonia Malik
Published: February 24, 2013
Tweet Email 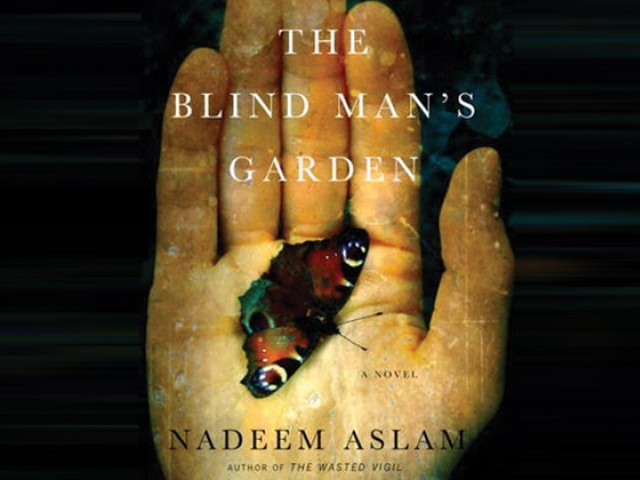 The blind man is Jinnah, envisioning a country on the basis of amazing ideas: Author

LAHORE: “When I google ‘Pakistan is…’ results with words like militants, attack and dumb, turn up. When I google ‘America is…’ terms like business, evil, war on terror, show up. There is a clash of understanding between the East and West… I wanted to use all these terms in a book without losing the essential elements of a novel,” said Pakistani British novelist Nadeem Aslam of his new book The Blind Man’s Garden. He was speaking with journalist Declan Walsh at the Lahore Literary Festival

Aslam said for four-and a half years he used method acting techniques to research essential traits of his novel’s characters. He also discussed the reviews the book garnered in the East and West and the symbolism of the title.

“I have written a book set in Pakistan after almost 20 years. I wanted to retain as much fictional freedom in my writing as possible,” he said. “The blind man is Jinnah, envisioning a country on the basis of amazing ideas… the garden surrounded by jasmine flowers is Pakistan,” Aslam said. The idea came to him during a conversation with a friend about Pakistan being a robust state, he said.

“We know the Taliban will disappear one day, we’re just worried about how many people they will end up killing as they fail,” Aslam said.

The story is based in the fictional city of Heer. Aslam said he chose the name because her legend is imbued with rebellion. “She had rebelled to be with a man her parents were dead set against,” he said. The screening of the Punjabi film Heer Ranjha was banned in Jhang, the city where it was based. “I made up my mind to dedicate the entire town to her. The next 11 novels I plan to write will also be based in Heer,” said Aslam.

He said living in New Castle, England, had taught him that one must not move away mentally from the country of one’s origin. “I’m not afraid of making mistakes in Pakistan and I do not have to be on my best behaviour because I’m from here. While abroad, I struggle with the challenge of being the best at what I do because I’m also representing my country,” he said.

The book labelled ‘dark and calamitous’ in the West met with reviews such as ‘a beautiful read’ in India and Pakistan. “I would not say the West’s view of us is incomprehensible, but Pakistan is 65 years old. Where was England, Germany or the USA when they were 65 years old? Pakistan has its challenges but that isn’t all there is to it,” said Aslam, who wrote his first novel based in Pakistan in 1993 without having visited the country since moving to the UK at the age of 14.

“My family were financially constrained. I worked three jobs to be able to get a six-week break to write,” said the 47 year old writer. “Even now if do not write all day, I feel guilty.”

Aslam said he held interviews with several blind and physically disabled people for the characters of Jeo and Mekaal. “I could not bring myself to question them further after a 30-minute meeting, so I blindfolded myself for weeks to feel what my characters should feel. “The first thing I realised after removing my blindfold after seven weeks was that my body was covered with bruises,” he said.

Asked about his affinity with Lahore, he said, “I have made relationships here. When I wrote my first novel, I did not know if I would ever be able to afford to come to Pakistan ever again. I wrote it based on my memory of the place and by holding interviews with cousins over the phone. Now that relationship has been restored.”