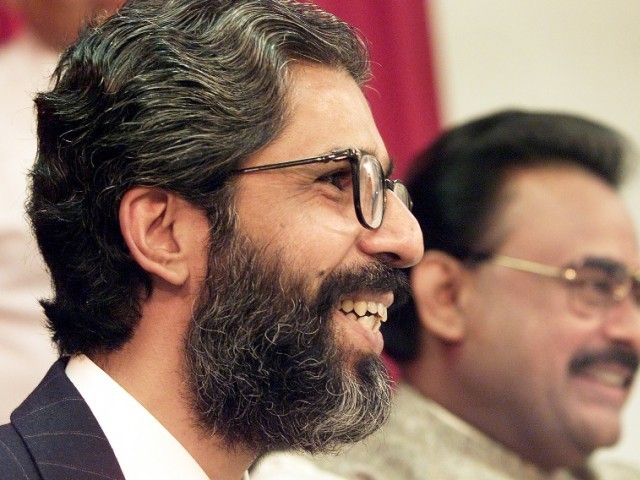 What was supposed to be the Muttahida Qaumi Movement (MQM)’s most celebrated day, turned out to be a day of shock and mourning.

Senior leader of the Muttahida Qaumi (MQM) Movement, and Convener of the party’s Rabita Committee, Dr Imran Farooq was murdered in a knife attack in the Edgware district of London late on Thursday night.

The details of the incident were not immediately clear – he was reportedly taken in injured condition to the hospital, where doctors confirmed his death. Reports suggested that he was attacked while entering his apartment building in London, and that the incident could have been an attempted mugging. MQM sources said that they are in touch with the London police and are still gathering details.

An emergency sitting of the MQM Rabita Committee had been called late in the night simultaneously in London in Karachi, following which senior leaders of the MQM, including Farooq Sattar, visited Imran Farooq’s residence in Karachi to express solidarity and comfort his family. Emotional scenes were witnessed at the slain leader’s house, with his parents and party associates unwilling to control their grief. Doctor Imran Farooq was also the only person to hold the post of Convener of the MQM Rabita Committee since the party’s inception.

All celebrations for MQM chief Altaf Hussain’s birthday, which were already under way, were cancelled. MQM activists that had gathered at the party headquarters, Nine-Zero, were asked to return home.

Farooq was a pioneering leader of the MQM, and had been a part of it since it was a student body by the name of the All Pakistan Muhajir Students Organisation (APMSO). He was MQM chief Altaf Hussain’s closest confidant, and handled the party’s affairs in the country after Hussain went into exile, as well as during the 1992 operation by security forces in Karachi against the MQM. It was at this time that Dr Imran Farooq also went into hiding to resurface in London in 1999, where he  had been residing since. He married in 2004.

According to reports, the body will be brought back to Karachi for burial.

An earlier version of this article misstated the APMSO as APSMO. Also, near Edgeware road has been changed to Edgeware district.

Time for a change, says Sharif