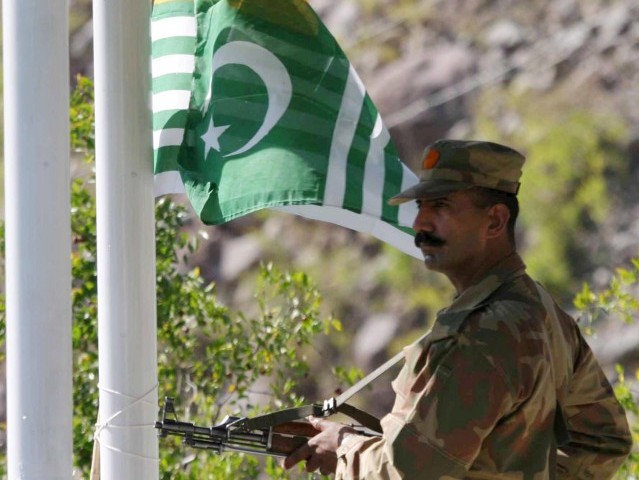 Yasin Malik of the Hurriat Conference said that the demilitarisation of LoC is a romantic idea. PHOTO: FILE

A holistic approach which addresses the sources of Pak-India conflict is required to build peace between the two countries, according to participants at a dialogue in Islamabad.

The dialogue titled “Demilitarising the LoC: Challenges and Opportunities” was organised by the Jinnah Institute on Wednesday. Nasim Zehra, Director Current Affairs Dunya TV, pointed out the influence of the Indian security establishment on India’s foreign policy and added that Pakistan has made all possible efforts to mainstream the issue of Kashmir. Calling for exploring alternate policy options, she said that the momentum made through peace activism should not be lost. Meanwhile, Yasin Malik of the Hurriat Conference said that the demilitarisation of LoC is a romantic idea. Malik stressed the need for sustained efforts in resolving the conflict going on in Kashmir.

Member National Assembly of the Pakistan Muslim League-Nawaz Khurram Dastgir cited recent parleys with Indian parliamentarians and said India does not want to see the water treaty or the endgame in Afghanistan put on the discussion table.

Gen Athar Abbas, former Director General of the Inter Services Public Relations (ISPR), said, “If anything, the nature of relations with India is such that a single trigger happy soldier can bring on a serious crisis and recent developments around LoC are worrisome for their implications on the ongoing peace process.”