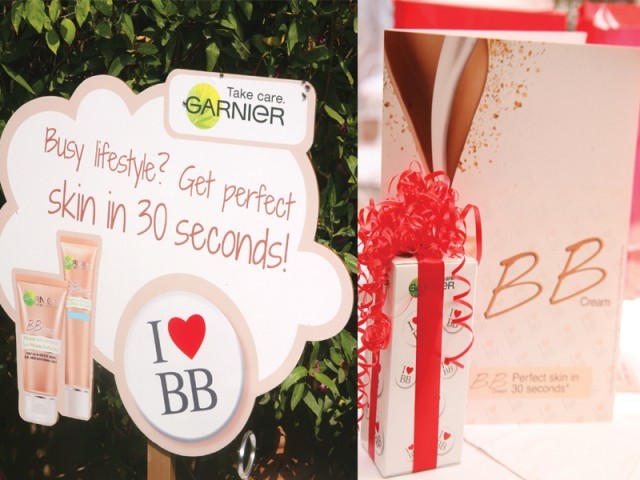 KARACHI: BB cream has become the hottest buzz in the beauty industry. Popularly known as blemish balm or beauty balm, the cream’s original and sole purpose was to soothe and heal scars caused as a result of a laser skin treatment. Discovered in the ‘60s by a German dermatologist Christine Schrammek, the BB cream is now being done by major beauty retail outlets all over the world.

It was only in the mid ‘80s that its benefits as a beauty product were realised in the Korean film industry where actors began using it to layer their skin and cover blemishes. Soon enough, the BB cream was the new fashion fad in tinsel town, Hollywood.

Being a moisturiser, plus sun-block, plus foundation, a BB cream can easily be categorised as an all-in-one formula or simply, a miracle worker. Beauty giants such as L’oreal and Estee Lauder have recognised the consumers’ demand for needing an effortless solution. They have diagnosed it with a range of BB creams that come with their own set of benefits. Some are anti-aging while others promise to brighten your skin-tone and protect against blemishes.

Garnier’s new Miracle Skin Perfector, under parent company L’Oreal, was launched on Tuesday in Karachi at an event held at Café Flo.

At the brunch, the organisers shared a presentation on the beauty balm, discussed the beauty business and Garnier’s future plans and commitment to beauty in Pakistan.  Managing Director L’Oréal Pakistan Musharaf Hai along with her team, spokesperson Juggun Kazim, leading skin care experts of the country including Dr Faisal Khilji and Nighat Misbah and media personalities were also present. The cream will be available in two different variants – 5in1 and oil-free –and will hit the racks next month for Rs399 each.