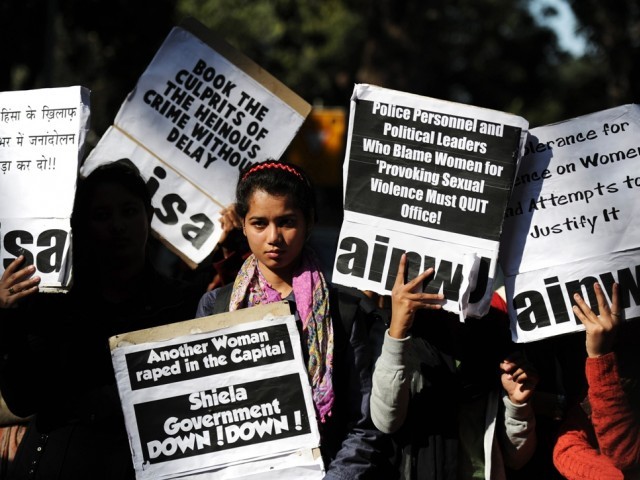 The post-mortem has confirmed that the girls were raped and then murdered. PHOTO: AFP

MUMBAI: Three sisters aged between six and 11 were raped and murdered before their bodies were dumped down a village well in rural western India, police said on Wednesday.

The bodies of the three schoolgirls were found last week, two days after they went missing on February 14 from their home in the Bhandara district of Maharashtra state, police superintendent Aarti Singh told AFP.

“The bodies of the three young girls were found in a well, with their schoolbags and footwear,” Singh told AFP by phone from Nagpur, adding they were aged six, nine and 11.

“The post-mortem has confirmed that the girls were raped and then murdered.”

No arrests have been made but Singh said four people had been detained for questioning and investigations were still under way.

Family members said the girls had gone out to look for their mother who was out of the house and no one heard from them again.

The incident led to protests by villagers, Singh said, echoing angry rallies in the capital New Delhi after the brutal gang-rape and murder of a 23-year-old student on a bus in December.

That incident sparked a nationwide debate about the treatment of women and girls and their safety in India.