The (not so) secret to looking good

The (not so) secret to looking good 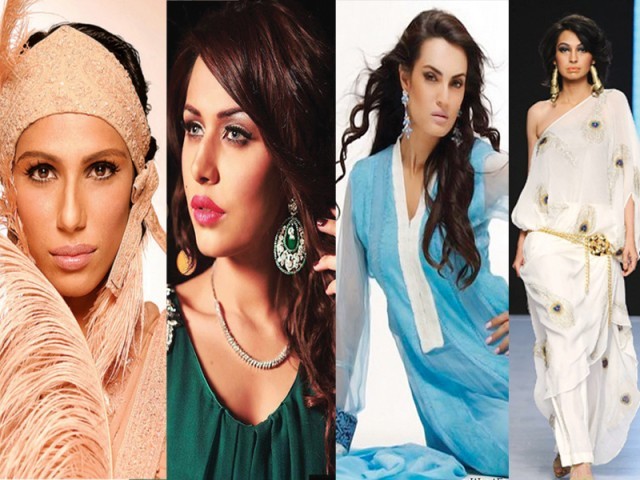 If being a model means you have perfect skin by default, you don’t put on any weight despite what you eat and you never really end up hitting the gym, then who doesn’t want to be a model? We talked to the hottest runway models about their food, exercise and skin care routines.

Ayyan follows a very simple diet routine. “I eat everything. I don’t believe in the ‘no food’ thing,” she says. “I have filling meals and if you don’t, it affects your skin. And being a top model, I can’t afford to have bad skin.”

She says she doesn’t have any addictions when it comes to food and dessert. “That’s the best part — if I feel I need to cut down on something specific, I’ll easily do it,” Ayyan continues. “I eat whatever I want but in a certain amount. If I see a slice of cake, I’ll have a few bites and not eat the entire piece.” She adds size-zero figures are banned internationally so she doesn’t believe in being skinny and says, “Yes, I’m not skinny and I don’t even want to be. People look up to us and we need to represent the average girl.”

“I don’t exactly work out that much and I try to balance that out by cutting down on what I eat by controlling the portions,” says Ayyan, adding she doesn’t get time to hit the gym. “I eat everything I want but in certain portions.”

Ayyan feels she is blessed with good skin and doesn’t need to get any facials done. “I’m only 19 years old, so I try to stay away from facials. When I get older, I’ll probably get regular facials done,” she laughs. “I’ll use any cleanser that’s lying around to remove my make-up — don’t have a cleansing routine or anything.”

“I have a good cleansing routine at home. I use all kinds of creams — day and night creams,” says Nadia, adding that if she gets pimples, she even has creams for that. “Once a month I’ll get a facial and once in three to four months I get a cosmetology procedure done at my own practice that I have opened at Sabz.” She reveals the treatment requires small quantities of a special gel to be injected in your face which keeps your skin hydrated.

“I’m normally pretty regular with my work out but because I have a baby, I haven’t really been able to get back to my normal routine yet,” says Nadia, admitting she’s always running around the house. “Also, I can only work out in the morning and in winter, it’s hard to get up and go — I get lazy.” But before the baby, she admits she loved doing yoga, pilates and aerobics. “I need cardio,” she adds.

Nadia Hussain doesn’t believe in starving, “not now and not even before I had kids”. She admits she doesn’t follow any particular diet plan and normally has home-cooked food. “Portion control is something I do which is basically minimising the quantity of food I eat,” she says, adding she cannot skip carbs as she is a mom. “Instead of having a full roti, I’ll end up having half. But I will have it.”

“I start my day with a bowl of porridge and warm milk. I’m not a tea or coffee person at all — it’s diuretic and affects you skin also,” Nadia continues, adding she makes it a point to drink a lot of water and fresh juices. “I’m not fond of sugary, fried or junk food but yes if there’s some really good chocolate cake lying around the house, I will have it,” she says, emphasisising on “good”.

Rubya Chaudhry believes in keeping it simple. “This is what works for me — I have three meals a day like a normal person,” she admits. “Eating out of boredom is the worst thing you can do to yourself.” She feels unnecessary eating habits, carbonated drinks and sugar need to be entirely eliminated from your life. “I have home-cooked food. Roti or rice for lunch because carbs should never be skipped,” she adds.

“Cravings are killers,” says Rubya, adding she doesn’t let herself have those. “I’ll have everything I want. If I’m having cereal for breakfast four times a week, then i’ll have parathas the remaining three days,” she continues. “In fact, there’s always one day in a week where I eat whatever I want — burgers, chocolate, etc.” She feels a balance needs to be drawn.

“I’m blessed with good skin — I believe in using the least amount of chemicals possible on my face,” says Rubya, adding she uses things straight out of the fridge. But after applying heavy make-up for photo shoots and fashion shows, how does one take care of their skin? “You need a good cleansing routine for that — I use olive oil,” she says. “I don’t get facials; I don’t have the patience to lie around at a spa for an hour.”

Rubya admits she hasn’t worked in over a year now. “It’s primarily because of my hectic work routine — we are always standing and moving around,” she says, adding she wakes up pretty early in the morning too. “It’s pretty exhausting as it is for me plus the mental stress adds to it.”

“I love to swim but I can’t go swimming right now because it’s winter and it’s pretty cold,” says Fayezah Ansari, adding she has stopped going to the gym for a set of different reasons altogether. “Every trainer approaches me and asks if I can somehow give them a big break and turn them into models,” she laughs.

Fayezah admits when she was young, she always dreamt of becoming a hakim. “I make my own skincare products at home using things that are lying around — rosemary, cinnamon, basin, lemon,” she says, adding she even makes her own soap from beeswax, lime and citrus. “I never go to beauty parlours for facials.” Drinking water helps keep you fresh but Fayezah doesn’t believe in drinking mineral water. “It has fluoride which is poisonous; we should boil water, add alum and then drink it,” she says.

“I don’t starve myself — I eat whatever a normal person should have,” says Fayezah Ansari. “Good fat is something every human needs to have in their diet.” She loves animals but doesn’t exactly want to eat them. “If I had things my way, I’d be a vegetarian, I am completely against animal cruelty,” she sighs.

She believes in having a big breakfast and a light, early dinner. “I prefer roti over rice any day. And salad, vegetables, steak, seafood and of course daal which has a lot of fibre and protein,” Fayezah adds. “I don’t really like chocolate so I’m lucky that way but yes, I do have a coke problem — I am addicted to it.”