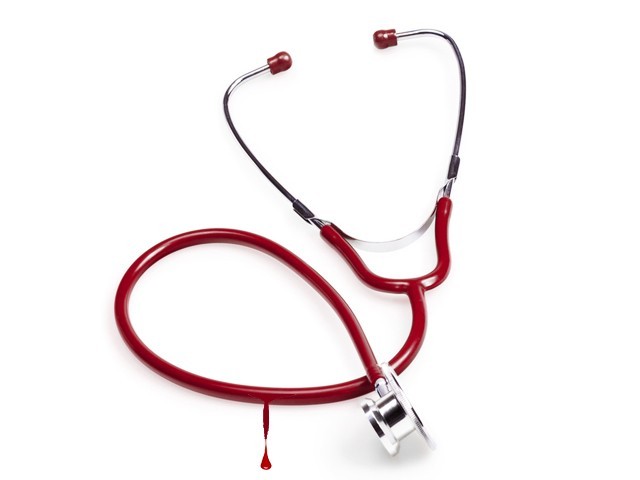 Dr Haider Ali died on the spot, while his son succumbed to injuries at a hospital. PHOTO: EXPRESS/FILE

Colleagues, friends and patients of Dr Ali Haider reacted with shock and sadness at the murder of the renowned eye consultant and his 11-year-old son Murtaza on Monday morning.

At Lahore General Hospital, where Dr Haider served as professor of ophthalmology, “a feeling of grief and sorrow spread all over … especially the patients admitted in his ward,” said Prof Anjum Habib Vohra, the head of the hospital. Nurses, paramedics and other staff were also shocked at his loss.

Dr Javed, an old friend and colleague of Dr Haider’s, said that his friends and patients were in a state of disbelief. “He was always very kind to his patients,” he said.

Dr Haider had deep roots within the medical community. He was the only son of Dr Syed Zafar Haider, who retired as professor of surgery from King Edward Medical University. His mother Dr Tahira also served as assistant professor in KEMU, retiring in 1997, while his sister Dr Zara currently serves in the same post at the university. His father-in-law was renowned neurosurgeon Prof Raja Iftikhar Ali Khan, who died in a small plane crash near Multan six years ago. He was also the nephew of former Lahore High Court judge Syed Afzal Haider.

Apart from Murtaza, his son in class 7 who was killed alongside him on Monday morning, Dr Haider had a 15-year-old son, Asad, who is an O level student at Aitchison College. He also had a daughter around six months ago.

He said that Dr Haider held a free eye camp in his native town, Haveli Lakha, every year where he distributed lenses worth around Rs1 million for free. The family had undertaken several development projects in the town as well.

As was the family tradition, he did his MBBS from KEMU. He spent some time in England before returning to Lahore to work at Mayo Hospital, where he stayed till he became assistant professor, colleagues said. He later moved to Lahore General Hospital. He also treated patients with retina tumours at Shaukat Khanum Memorial Trust Hospital.

Doctors’ associations across the city expressed horror at the murder of the talented surgeon and his son. Prof Vohra, principal of the Post Graduate Medical Institute and LGH, said that the Punjab government must ensure that the perpetrators of the murders be arrested quickly and the remaining family members be provided security.

“This brutal act has not just deprived us of a very able and decent professional, but also a large number of patients of a skilful and kind-hearted doctor. This is an irreparable loss for a country like Pakistan which already faces a great shortage of professionals. The government must take immediate steps to prevent such tragedies and ensure the safety of such people who are assets of the nation,” Prof Vohra said in a statement.

“This is a national loss. We have lost a fine eye surgeon and a brilliant teacher,” said an official of the General Cadre Doctors Association.

Officials of the Pakistan Medical Association (PMA) and Medical Teachers Association Punjab held a meeting presided over by Dr Ashraf Nizami and decided to observe a day of mourning at all hospitals and medical institutions in the province on Tuesday. All members were urged to participate in the funeral prayers at 11am at his residence in Lahore, said PMA Secretary General Dr Izhar Chaudhary said.

Addressing a condolence meeting, GCDA President Dr Masood Sheikh said Dr Haider was a wonderful person whose services would not be forgotten. He demanded that the government devise a comprehensive national policy “to stop such events in future” and honour him by awarding him a Sitar-i-Imtiaz.

The Academic Council and teachers of Allama Iqbal Medical College held an emergency meeting where they condemned the murder and condoled with the family. Prof Abu Bakar, president of the Orthopaedic Association of Pakistan and Prof Azim Jehangir, president Medical Teachers Association also condemned the killing.