I am a success story: Tehmina Durrani

I am a success story: Tehmina Durrani 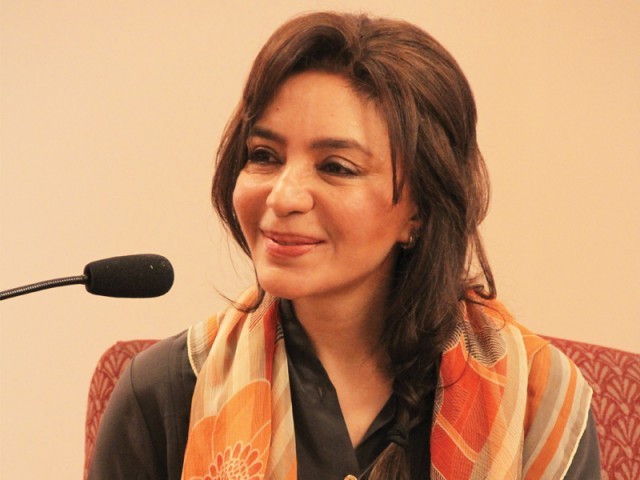 It is no wonder then that ‘My Feudal Lord’ dominated a conversation with the author and activist on day two of the fourth Karachi Literature Festival on Saturday.

But the oppressed wife of prominent Punjab politican, Mustafa Khar, in the book, stood out on Saturday as, in her own words, a warrior.

Speaking less about her violent marriage, Durrani chose, instead, to speak about the consequences of writing ‘My Feudal Lord’, which describes how her husband beat her, humiliated her and had an affair with her sibling.

Her family, who hails from Khyber-Pakhtunkhwa, shunned her for 13 years after the book, which was initially banned in Pakistan, was published.

“The price (for writing the book) was a severe and lonely one for me,” Durrani said, adding that she had made mammoth enemies as she took on the entire feudal system.

As her sisters looked on from the front row, Durrani stated how the real consequences were borne by her family, especially her parents.

“No amount of apologies and gratitude will be enough. My family suffered much more than I did,” she said.

Durrani added that such bold actions come when one has no support system. While she was left alone to fend for herself, she was “free to become the warrior” that she had become.

“It’s taken a long time. I don’t think Pakistan was ready for someone like me. But at the same time I got a lot of support.”

On being labeled an opportunist, Durrani said it was a superficial shying away of something they didn’t like.

She added that people had, now, accepted her because of her consistency.

“I was sowing seeds that would sprout later. Everything did take time, but it was this consistency that made me acceptable.”

After her debut novel, she went on to write a book on Abdul Sattar Edhi, titled, ‘A Mirror to the Blind’, and later, ‘Blasphemy’. Durrani has also been a string advocate of women’s rights in Pakistan and has highlighted many important cases, particularly that of acid attack victim Fakhra Younus.

Durrani went on to say that her heart would always be with the oppressed, whom she feels she has complete affiliation with.

She said it was imperative for people to realise how empowered they are. The power, she said, was within herself; she did not inherit it and nobody made it easy for her.

“I am your best example… I am a success story.”

Durrani made headlines in 2003 again, when she tied the knot – for the third time – with Punjab Chief Minister Shahbaz Sharif. “What is Shahbaz Sharif like?” moderator Ameena Saiyid asked, as the crowd broke into a controlled chuckle.

Durrani started off on a light note, saying, “People keep thinking I am going to write another book”; but went on to describe her husband as a “fine man” and a “gift of God”.

After everything she has been through, Durrani said her standards were high. “I think I married the right man for the people of my country”.

He married a twice-divorced mother of five, which shows how progressive and liberal he is, she added.

When Saiyed pointed out that their marriage said a lot about Shahbaz, Durrani was quick to question, “Because he married someone like me?”

“No,” said Saiyed. “Because he has made you happy.”