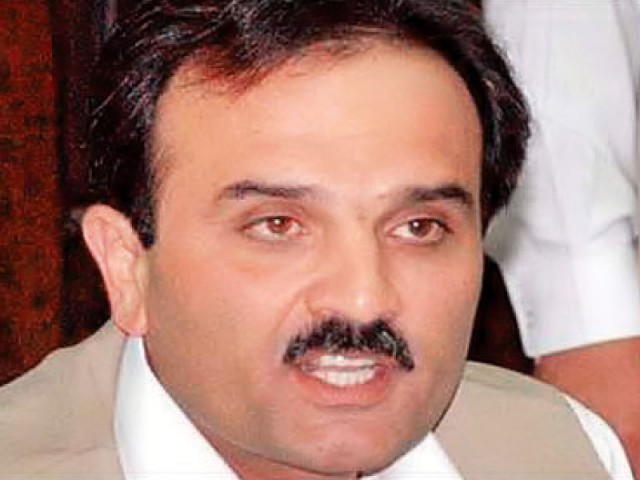 A day after an all-party huddle supported a peace dialogue initiative with the Taliban, the outlawed ultraconservative militia mounted an unsuccessful assassination attempt on Khyber-Pakhtunkhwa Chief Minister Amir Haider Hoti in his hometown.

The attack came less than two months after Hoti’s No 2 and senior minister Bashir Ahmed Bilour was killed in a Taliban suicide bombing at a political meeting in Peshawar.

According to police, Chief Minister Hoti was travelling to Pirano Park in Mardan to address a public meeting of the ruling Awami National Party (ANP) when a Taliban suicide bomber struck near his convoy.

“Around 3:15pm, as the convoy appeared on Nowshera Road, the teenage bomber standing in front of the gate of Abdul Wali Khan University rushed towards the chief minister’s vehicle,” said Nazir Khan, the deputy superintendent of police (DSP).

“The attacker tried detonating the explosives strapped to his body, but jammers deployed with the convoy prevented it from exploding,” Khan told The Express Tribune.

As soon as Hoti’s car drove past, the bomber made a second attempt and detonated the suicide vest, killing no one except himself, Khan added.

“Pieces of the bomber’s body were scattered all over the area … Police found his head in front of the university’s English department,” said DSP Khan, adding that the head would be sent for DNA tests.

Initial investigations revealed the attacker had been waiting for the chief minister’s convoy at a roadside hotel since the roads had been cordoned off for security reasons. He said the attacker might be around 19 years old. Chief Minister Hoti reached the venue safely and addressed ANP activists from his constituency.

The Tehreek-e-Taliban Pakistan claimed responsibility for the failed assassination attempt and warned of more such attacks.

“We claim responsibility for today’s attack on Chief Minister Hoti,” TTP spokesman Ehsanullah Ehsan while speaking to the media by phone from an undisclosed location. “Be sure that we will carry out more such attacks.”

He also scoffed at Thursday’s ANP-sponsored all-parties conference, calling it an “election move” which had failed to come up with a “roadmap for peace dialogue”.

“The ANP’s conference communiqué was nothing but old sentences and stories,” Ehsan said while reading from a statement issued by the TTP’s Political Council. He also said Jamaat-e-Islami’s refusal to participate in the conference would remain a question mark on its credibility.

Earlier this month in a video message Ehsan proposed talks with the government provided that certain opposition politicians act as guarantors, but the government insists the militants must declare a ceasefire before coming to the negotiating table.

“We still await a serious and result-oriented response from the security forces and the government to our dialogue offer,” Ehsan said, claiming that the offer was “not a sign of our weakness.”